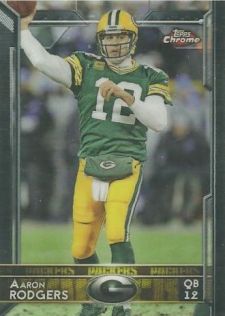 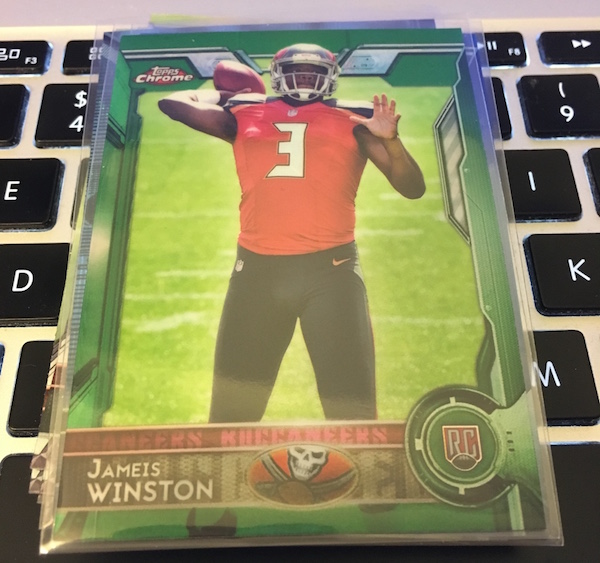 What’s Buzz-worthy: The final standard release of Topps Chrome football is one that, at retail, can guarantee a hit in some versions of blaster boxes, a pretty good volume of parallels and a few inserts that focus on what was the 6oth anniversary for Topps and the NFL. This particular box was a winner — and would have been a huge box if ripped upon arrival. (This one? It survived to be found in a bargain bin at a chain store.) The Blue Wave Refractor is a one-in-24-pack find, while the Blue Refractors are one in every 95. The rest are finds that are the norm — but the names are solid with a pair of Jameis Winston parallel RCs and a Tom Brady appearance among other lesser highlights.

Product Grade: A-
Box Grade: A+
Fun Grade: A