The box: 2016 Donruss football cards (blaster box)
Where to buy: BlowoutCards.com (for a few formats) 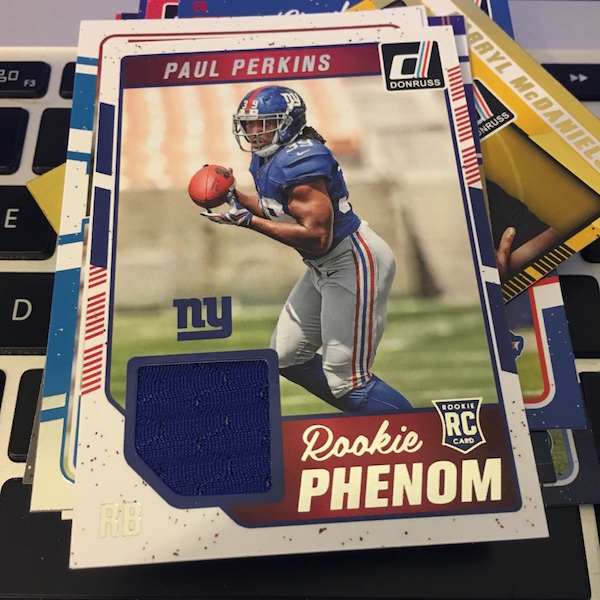 What’s Buzz-worthy: As said in a previous break here, Panini America’s Donruss brand is packed with color and energy and a smattering of inserts that give it a solid collector-driven feel. Blaster boxes include memorabilia cards in every box and a boatload of inserts, rookies and parallels. … This box included a couple of key rookies, which helped make it a pretty good box despite not having anything numbered or rarer found inside. … The modernized take on the 1990 Donruss baseball design resonates here — well, at least with this collector — though it really didn’t need foil-stamping and gloss to get the job done. The card backs don’t really jive with any past designs but they are effective and retro-simple. The script text can be a reading challenge at times but is necessary for the 1990-D fronts. The backs could do without that but are still ok. All in all, this was a fun rip found in a retail bargain bin.

Product Grade: A-
Box Grade: A
Fun Grade: A