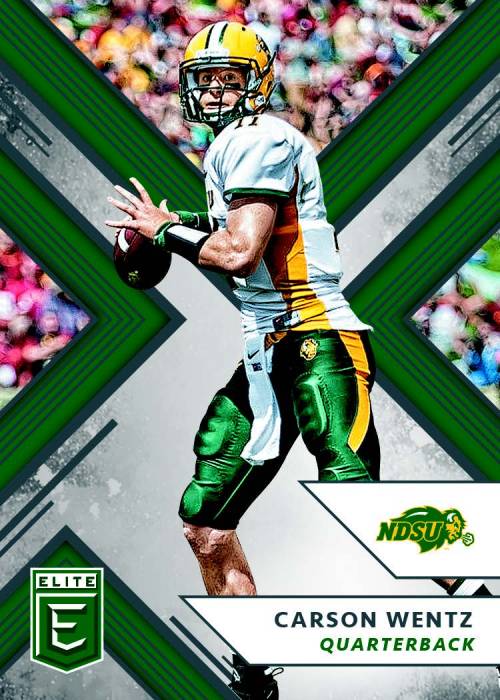 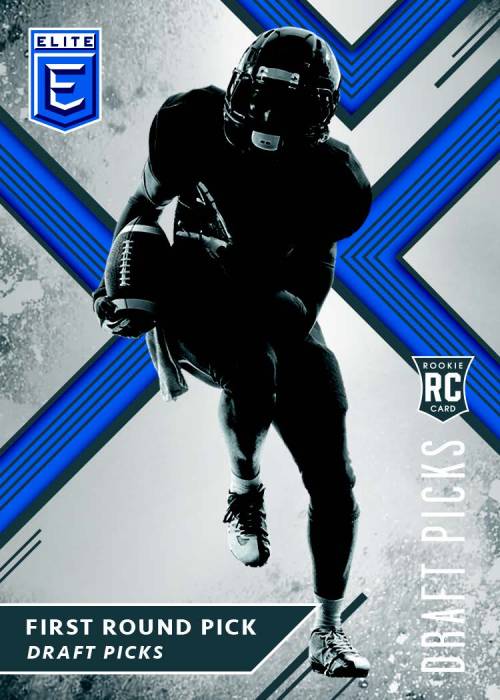 The Basics: There will be 30 base cards of current NFL players in their college threads, 30 draft picks cards, two base parallels, two draft picks parallels, one insert parallel, five inserts and five autographs per hobby box. Hobby-only inserts will include autographed versions of College Ties, Elite Series, Primary Colors and Chain Reaction as well as Passing The Torch autos that will include past college legends such as Charles Woodson, Tim Tebow and Earl Campbell. Parallels will include Aspirations with Purple, Red, Blue, Gold, Emerald and Teal versions. There also will be Status Diecut cards with six parallels numbered to no more than 99 copies. The Draft Picks parallels will also include Aspirations and Status Diecut Purple, Red, Blue, Gold, Emerald and Teal parallels — all maxed out at 99 copies — while autograph parallels are also 99 or less. … Hobby packs carry a suggested retail price of $20 ($100 per box).

Previously published retail basics: There will be no blasters or 24-pack boxes for this one at retail this year — just 20-card jumbo packs that carry a suggested retail price of $9.99 with an autograph in every other pack. The roster of new signers will include more than 50 top prospects and NFL Draft hopefuls. (The draft is set for April 26.) For inserts, there will be retail-only Aspirations and Status diecut Orange cards as well as Draft Pick Aspirations and Status diecut Orange autographs. All players in the product — stars of the past and present as well as draft picks — will be found in their college uniforms for this one. A typical jumbo box will include 108 draft pick cards, six parallels, six draft pick parallels and 12 inserts, according to info from Panini.