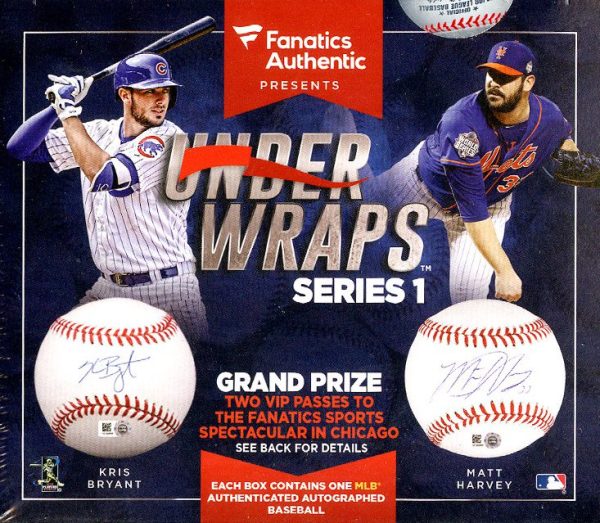 What’s Buzz-worthy: An inscribed Hall of Famer autograph in this box isn’t the flashiest find, but it might also not be the least-flashy potential ball here, either, as there are some younger names and fan favorites who aren’t all that pricey mixed in with some big, big names. At present box prices, this was worth the rip. Original prices on these boxes from Fanatics were about $100 per with 12 boxes per case and just 200 cases made. Each box also includes a code for a now-defunct contest for additional prizes or experiences — an incentive to pick these up when they’re new. The overall lineup here (checklist in gallery below) includes 76 players dubbed as fan favorites, 20 players who added inscriptions with their autographs, seven players who signed game-used baseballs, 10 players who signed 24-karat gold baseballs, a selection of 22 Hall of Famers, 17 HOFers who added inscriptions and 11 baseballs with multiple signatures. This Sutton ball carries both Fanatics stickering as well as MLB Authentication and it was signed nearly a decade ago — on Nov. 23, 2008 — at a show in Chicago. The inscription ball helped the box grade here a bit but ultimately what you’re breaking these types of boxes for is the more-affordable shot at some of the biggest names without paying the biggest price. Sometimes you win, sometimes you don’t. Sometimes you’ll land a Hall of Famer. Check out that checklist and see if this one is a safe rip for you. At this lower current price (I’ve not seen sealed boxes anywhere else under $100), it very much might be worth taking the shot.

Product Grade: A-
Box Grade: B (an inscription helps)
Fun Grade: B