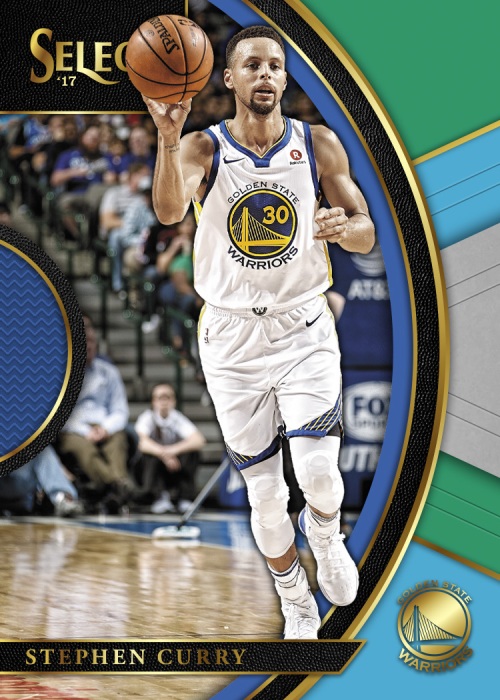 What’s buzz-worthy: Select once again offers a tiered base set with a rainbow of parallels and plenty of hits for a new season and a new rookie class. 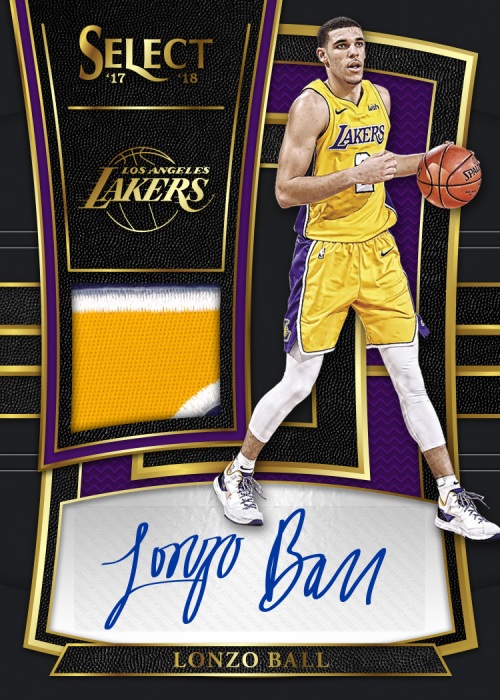 The Basics: The base set will once again be 300 cards in three tiers — Concourse (Nos. 1-100), Premier Level (Nos. 101-200; found 10 per box) and Courtside (Nos. 201-300; two per box). Among the Prizm parallels will be Tri-color, Tie-dyes (/25), Gold (/10), Green (/5), Black and “ultra-rare” Zebra. … Rookie Jersey Autos will spotlight players from the 2017 NBA Draft with prime parallels for Tie-dye (/25), Gold (/10) and 1/1 Black cards. Autographed cards will include on-card sigs for Signatures, In Flight Signatures and Rookie Signatures each with parallels, while inserts will include Slash and Dash, Phenomenon, All-World and Sparks to name a few. … Boxes will include 12 Prizm parallels atop the tiered rarer cards and hits and will carry a suggested retail price of $120.