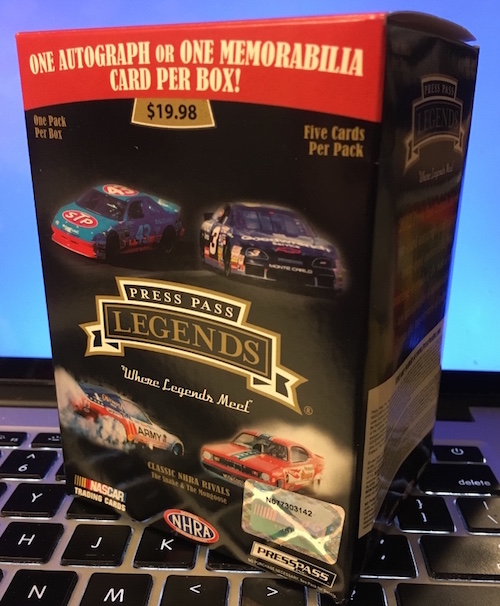 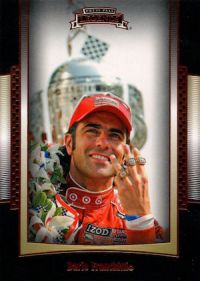 The box: 2012 Press Pass Legends racing (blaster)
Where to buy: BlowoutCards.com (for hobby when available) 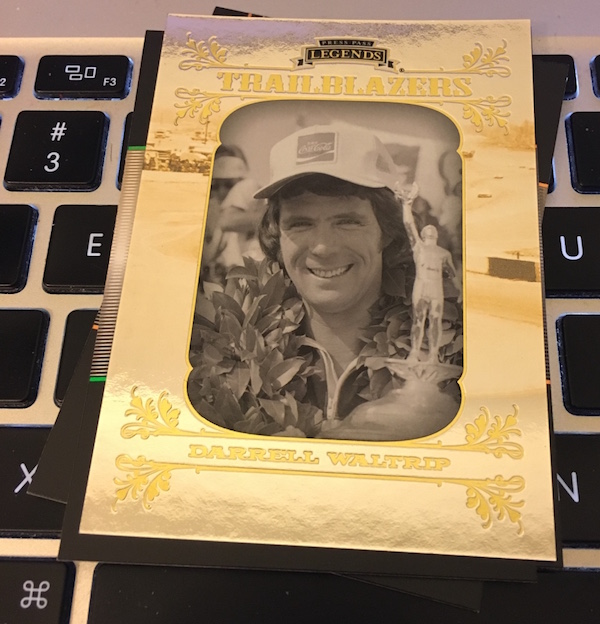 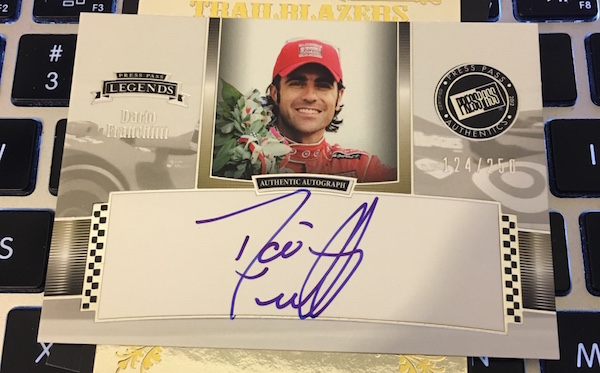 What’s Buzz-worthy: Buzz found these hit-per-pack boxes at a retail chain bargain bin and immediately scooped them up at half of their original price ($9.98 now) knowing that there’s a shot at some big names in NASCAR history possible among the hits — whether it’s an on-card autograph or a memorabilia card. This box included an auto of three-time Indy 500 champion Dario Franchitti and every other card is a former Cup winner. There was some repetition in the pack between the parallels — Greens being retail-only. You can find a number of Hall of Fame drivers in this one as well as number of memorable names from the past with some nickname autos, printing plates and cut autos. Also in play here are memorabilia cards from big names with some being rarer than others based on the memorabilia type (shoes, gloves, firesuits, drag racers’ car parachutes, hats, sheet metal and more). When I see more of these, I will pick them off — and you’ll probably see them right here — because Legends is one of my favorite brands from Press Pass.