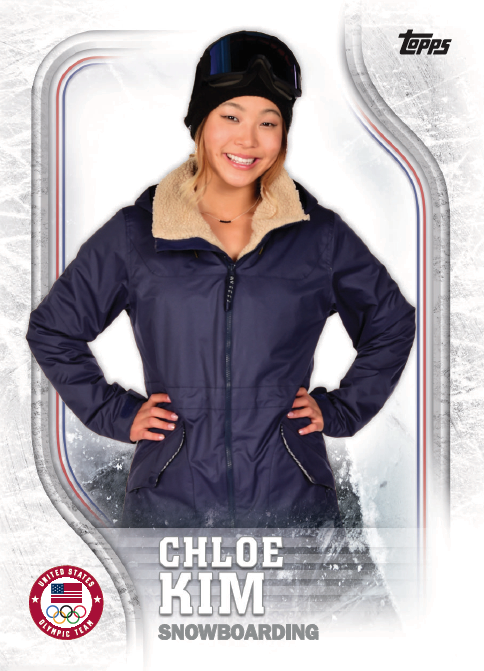 When Topps‘ new Winter Olympics card set arrives next Friday, it will feature one new athlete who’ll likely become a household name with her autographs in big demand once the action begins.

She’s Chloe Kim and she’s a 17-year-old already being called the “new face of American snowboarding” who is “poised to become the most-famous Korean-American female athlete in history” according to Bleacher Report writer Joon Lee.

But don’t take his word for it.

“Watching her at a young age was like watching Shaun White,” said Tommy Czeschin, a former coach with U.S. Snowboarding, in the story. “She was leaps and bounds better than anyone her age, her height, anyone she would ride with.” 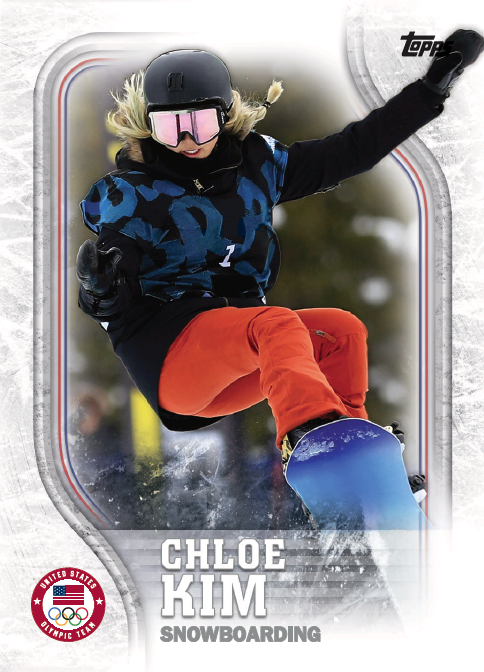 Her USA Snowboarding profile page is just as boastful as here’s how it begins — “Referred to in recent years as ‘The Future of Women’s Snowboarding,’ it’s clearly now safe to call Chloe Kim the ‘Now of Women’s Snowboarding.'” According to that page, her first X Games medal came at age 13 — a silver — and she’s the only athlete in X Games history to earn three golds before age 16. (So, in other words, it’s safe to say that snowboarding fans already know her name pretty well. You can learn even more here.)

And she’s on the 2018 Topps U.S. Winter Olympic Team & Hopefuls checklist a few times — on portrait and action base cards that you can see here — along with autographed versions of both of those cards, which will then be paralleled, too. That’s not all as she’ll also appear in the Did You Know? and For Pride and Country insert sets as well as have a Team USA Relic card and a USOC Insignia Commemorative Relic.

Each box of this one will include one autograph and two memorabilia cards when it arrives next week.