What’s buzz-worthy: The hit-per-pack approach to NFL Draft hopefuls’ new cardboard continues with this one, which will also include past college greats.

Keep reading for more info as well as some early images. 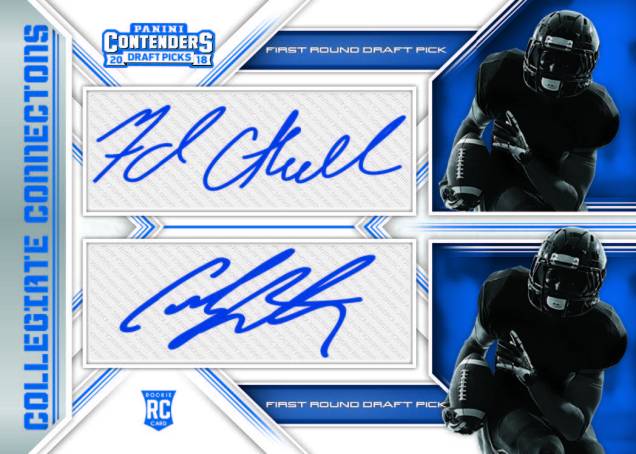 The Basics: The typical hobby box of this one will include one parallel card, six Collegiate Connections cards, 12 GameDay Tickets, six School Colors and six Oldschool Colors cards atop the six autos and base. … Top draft prospects will have on-card autos in this one, while “old-timers” for the college ranks signing here include John Elway, Eddie George, J.J. Watt and Peyton Manning. There also will be ink found for School Colors (20 cards), Game Day Ticket (25 cards) and dual-signed Collegiate Connections sets. … The 150 College Ticket cards will be paralleled with autos for Bowl Tickets (/99), Playoff Tickets (/15), Championship Tickets (1/1), Cracked Ice (/23) and Printing Plate parallels. … These 18-card packs carry a suggested retail price of $20 ($120 per box).