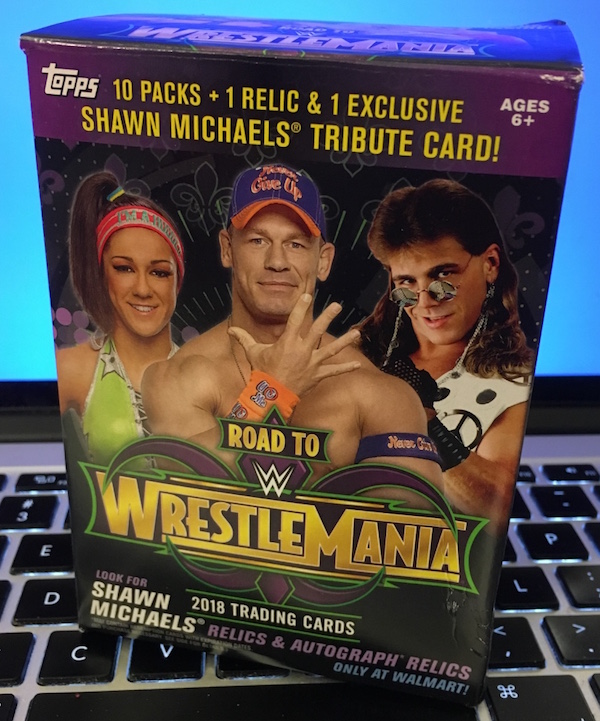 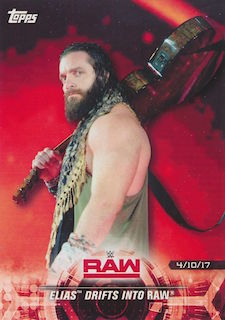 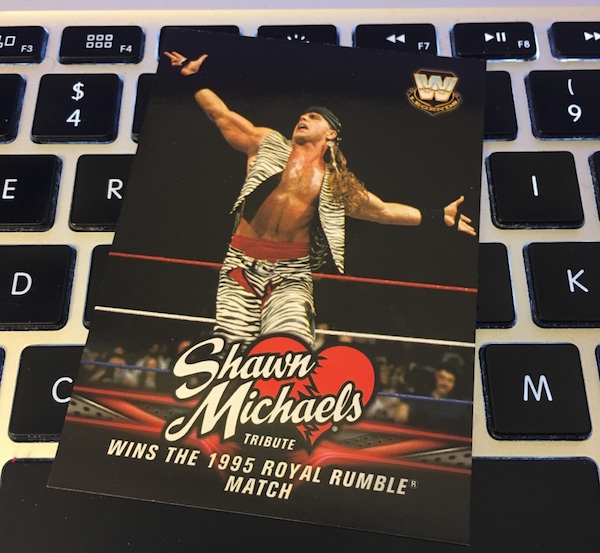 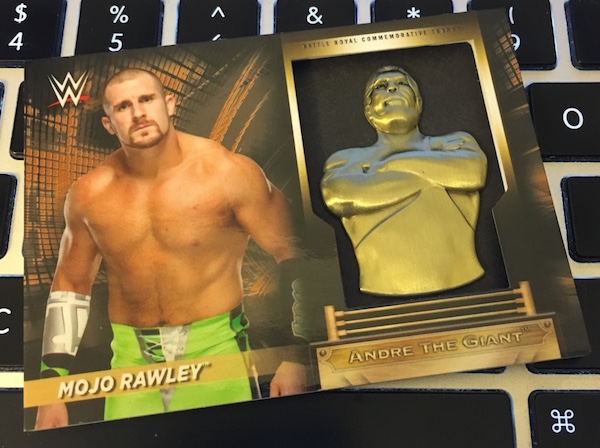 What’s Buzz-worthy: This brand is a simple one that highlights memorable moments in the past year as the WWE launches its “Road to WrestleMania” for this year on television now. The hobby boxes include at least one autograph (both of mine have had two — see link above), so that’s the best way to go at current prices but if you want a cheaper quicker rip to get ultimately the same cards or to fill out a set, this is a good way to go. You get 10 packs here with the same inserts and easily found parallels and these boxes include an array of Relics that include autographs — and there are Triple H and Stephanie McMahon auto Relics possible. In this particular box, I landed a commemorative Relic, which at first bummed me despite its thickness and impressive feel. But then I realized that last year’s winner of the event was … Mojo Rawley. While his moment with Rob Gronkowski at Mania last year was a fun one, he’s not all that popular — but if I had to pull one lesser-name star on a card like this one, he’s a comfortable one to get. Also among possibilities in these boxes are printing plates, shirt Relics, plate Relics (with autos for those) and in these Walmart boxes Relics and autographs from “The Heartbreak Kid” Shawn Michaels.

Product Grade: A
Box Grade: B+
Fun Grade: B-