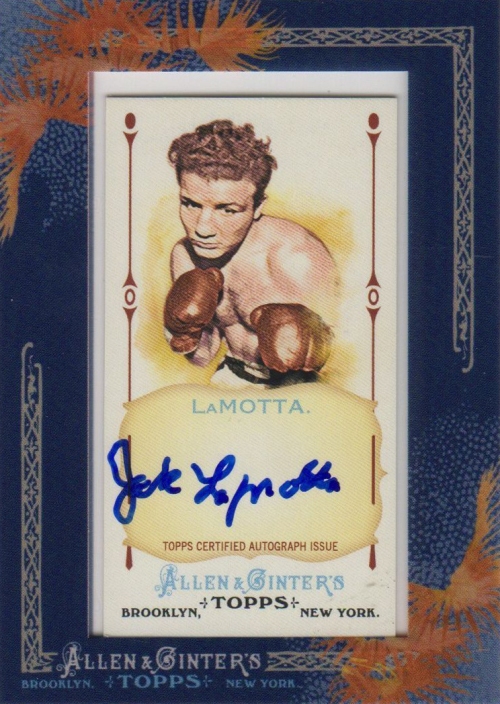 “The Raging Bull” has died.

Jake LaMotta, a member of the International Boxing Hall of Fame after a lengthy career that included an 83-19-4 record, was 95 years old. He famously fought — and defeated — Sugar Ray Robinson in 1942 and his memoir inspired Martin Scorsese’s 1980 film Raging Bull where he was played by Robert DeNiro.

Despite boxing not having a regularly occurring trading card presence, LaMotta could be found in a number of sets throughout the years.