Jose Altuve was the Houston Astros player who stole the spotlight on Thursday night with three home runs in Game 1 of the American League Divisional Series.

The number was just one short of his Rookie Card total from 2011 — and the three-time batting champ doesn’t have much cardboard before that, either, just an appearance in 2010 Bowman Chrome. 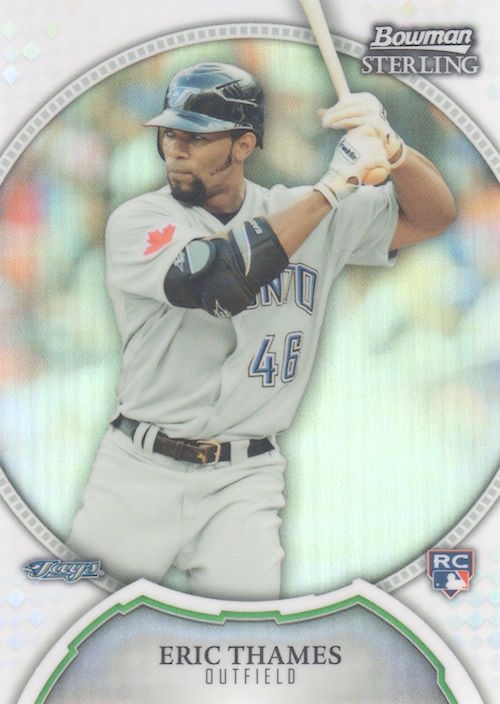 A new season’s new emerging names are doing just that.

Your MLB home run leader right now is Eric Thames of the Milwaukee Brewers, who has smacked seven longballs so far. The latest came as part of a 3-for-4 day Monday against the Cubs in Wrigley Field.

The 30-year-old entered this season with 21 homers in his previous three big-league seasons — his last being in 2012 with the Mariners. He hit 12 of those homers as a rookie with the Blue Jays in 2011 but struggled with a career average that’s up to .259 with his .405 start this year. How far off the radar was he? Thames spent the last three years playing in Korea’s KBO League — where he hit 124 homers in 390 games.