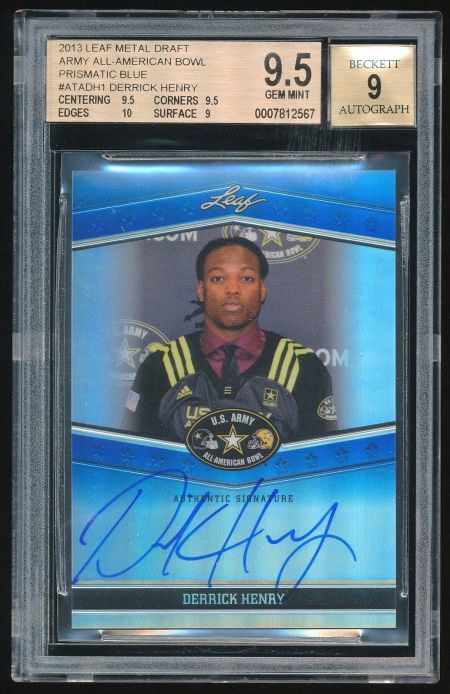 He may not end up being a top-10 pick, but he’ll definitely be a target of collectors.

Alabama junior running back Derrick Henry is headed to the NFL with a formal announcement to come on Friday. This comes on the heels of a Heisman-winning campaign where he led the Crimson Tide to a national championship and set single-season and career rushing records for the program.

Henry is rated as the second-best running back by ESPN behind Ohio State’s Ezekiel Elliott in a draft that, based on some projections, may not be super-stocked with collector-friendly offensive players (QBs, RBs, WRs) among the first-rounders.

END_OF_DOCUMENT_TOKEN_TO_BE_REPLACED 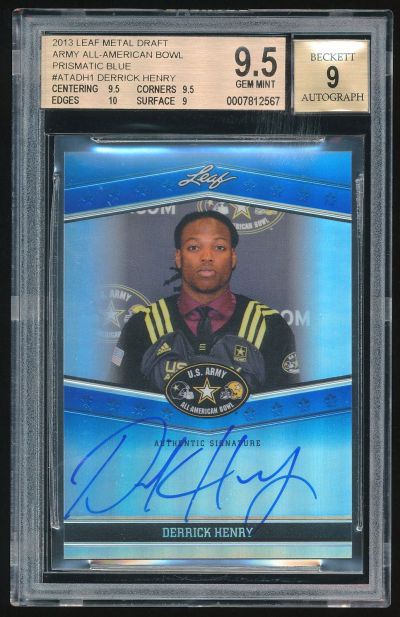 When the No. 2 LSU Tigers took on the fourth-ranked Alabama Crimson Tide on Saturday night, it was supposed to be a showcase game for the Tigers’ Heisman Trophy candidate Leonard Fournette, who has been a dominating presence this season with more than 1,300 rushing yards and 15 touchdowns.

What it turned into after a convincing 30-16 Crimson Tide victory over the previously unbeaten Tigers was, potentially, the national arrival of Alabama RB Derrick Henry.