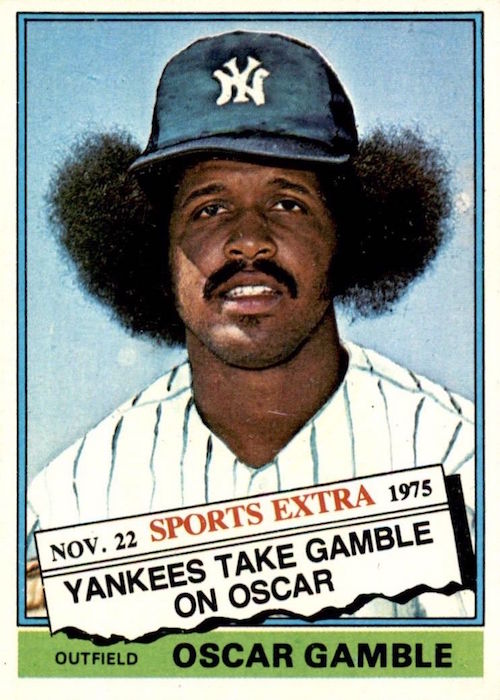 He’ll always be known for his epic Afro and one of the greatest baseball cards ever made — 1976 Topps Traded No. 74T — but he also was a reliable big-leaguer for a long, long time.

He’s Oscar Gamble, a former New York Yankees outfielder who died on Wednesday at age 68. A member of the Yankees for seven of his 17 seasons in MLB, he hit .265 with 200 home runs and 666 RBI in 1,584 games. He also played for the Cubs, who drafted him in the 16th round in 1968, as well as the Phillies, Indians, White Sox, Padres and Rangers.

“He was the player on the Yankees known for big hair,” said his agent, Andrew Levy, on Twitter, “but those who knew him best will remember his big heart.”