The call to the Hall also means new baseball cards via Topps Now.

Two of the new members of the Baseball Hall of Fame voted in on Wednesday are signing cards for Topps‘ real-time card program and two others voted in via the Modern Era committee will be inking up, too.

Jim Thome, Chipper Jones, Jack Morris and Alan Trammell also will all have standard cards printed to order after a 24-hour window.

END_OF_DOCUMENT_TOKEN_TO_BE_REPLACED

Do you like Buzz Breaks? Today’s your day then as we launch 12 in 12 — a series of a dozen breaks of past wax packs in a dozen hours. We’ll post one every hour on the hour all day long today … this is our finale for today.

END_OF_DOCUMENT_TOKEN_TO_BE_REPLACED

The two newest members of the Baseball Hall of Fame were revealed on Sunday night and it’s a relatively easy hunt for their Rookie Cards if you want them — you’ll just need to track down a 1978 Topps baseball card set.

That’s where you can land the RCs for Detroit Tigers stars Jack Morris and Alan Trammell, who are Cooperstown-bound next summer. One won’t cost you much and even can be found in bulk, while the other will be a bit tougher (but not all that bad) due to Trammell sharing his RC with Paul Molitor, a Milwaukee Brewers star already enshrined in baseball’s most-elite club.

Since they’re on multi-player cards, Morris and Trammell didn’t appear on the O-Pee-Chee set that year — that simplifies things a bit — but there are still two other Topps cards you’ll need to collect ’em all.

END_OF_DOCUMENT_TOKEN_TO_BE_REPLACED 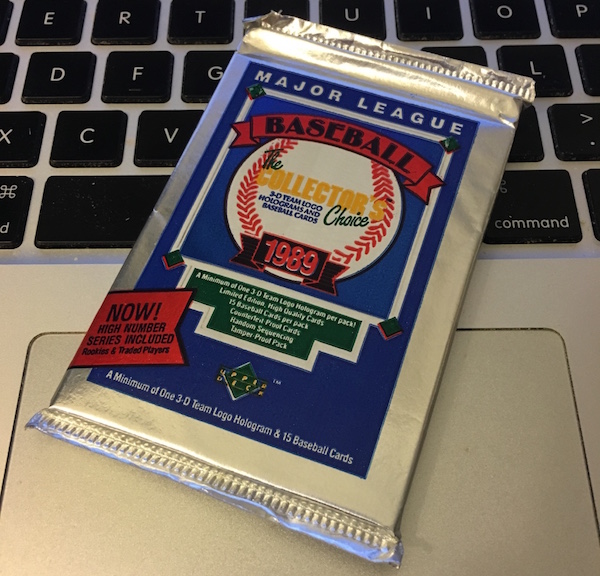 Do you like Buzz Breaks? Today’s your day then as we launch 12 in 12 — a series of a dozen breaks of past wax boxes and wax packs in a dozen hours. We’ll post one every hour on the hour all day long today … and this is Hour 1.

END_OF_DOCUMENT_TOKEN_TO_BE_REPLACED

Do you like Buzz Breaks? Today’s your day then as we launch 12 in 12 — a series of a dozen breaks of past wax boxes and wax packs in a dozen hours. We’ll post one every hour on the hour all day long today … and this is Hour 7.

END_OF_DOCUMENT_TOKEN_TO_BE_REPLACED

The Baseball Writers’ Association of America votes are in, and there’s no surprise at the top — Ken Griffey Jr. is headed to Cooperstown, N.Y., this summer to join baseball’s immortals.

He received 99.3 percent of the vote — a record and three votes short of unanimous — after his first time on the ballot. Joining him is former Los Angeles Dodgers and New York Mets catcher Mike Piazza, who appeared on 83 percent of the 440 ballots.

Griffey helped usher in a new era of collecting in 1989 as the iconic No. 1 in the first Upper Deck set, a release that helped change the printing and packaging of cards and the collecting expectations of a generation. For those same thirty-somethings and beyond, he’s an also icon on the field with his backwards cap and a smooth but powerful left-handed swing that helped produce 630 home runs and countless more memorable moments for the Mariners, Reds and White Sox over 22 seasons but never a World Series at-bat.

Clearly he’s one of the greatest players — and most-beloved players — in MLB history, a symbol of what’s good about the game in an era of bogus records and inflated statistics that have undermined not only the results on the field but also the cardboard of our youth. His enshrinement this summer in Cooperstown will be the stuff that cardboard (and baseball) marketing is made of. In fact, there are already two forthcoming brands — 2016 Topps Series 2 and 2016 Topps Finest (above right) — that will spotlight Junior.

END_OF_DOCUMENT_TOKEN_TO_BE_REPLACED

There are 32 players on the Baseball Writers’ Association of America Hall of Fame ballot this year and the ongoing debate of who’s worthy, who’s not and who cheated with performance-enhancing drugs will rage on well beyond the reveal of the voting results on Jan. 6.

In Buzz’s book, there’s quite possibly only one new Hall of Famer headed to Cooperstown this coming summer, and that lock is Ken Griffey Jr.

The rest? Well, it’s not that easy. Buzz has eliminated 12 of the guys who are not likely to even make the cut to be on next year’s ballot and examined the stats for 20 of those who are left. Along with this, Buzz has added some key Rookie Card info, too, just in case you haven’t tracked any of them down just yet or want to revisit cardboard from your youth.
END_OF_DOCUMENT_TOKEN_TO_BE_REPLACED

This year’s Baseball Hall of Fame ballot has been released by the Baseball Writers’ Association of America with 15 new names and several players who appeared on last year’s ballot but failed to get 75 percent of the votes.

Below is the ballot that all BBWAA members will receive. The writers can vote for as many as 10 players. Those who appear on 75 percent of all ballots cast will be inducted into the Hall. Your challenge here is a bit different.