It’s a signature that helped change the world, and it’s hitting the auction block in November.

It the autograph that adorns Jackie Robinson‘s contract to join the Brooklyn Dodgers on April 11, 1947, and it will be sold along with his Montreal Royals contract from 1945 at the museum that carries his name on Nov. 16 in New York City as part of a sale handled by Goldin Auctions.

“There are many documents on display in museums that represent seminal moments in history which forever changed America such as The Declaration of Independence, The Gettysburg Address and the Emancipation Proclamation,” said Ken Goldin, owner of Goldin Auctions. “But most historians believe that the integration of baseball with the signing of Jackie Robinson had as great an impact on America as any other moment in history.

“In fact, Martin Luther King called Robinson the founder of the Civil rights movement. Bringing the most important baseball document and the founding document of the Civil Rights movement to auction is an awesome responsibility and we are honored to help find them a permanent home for future generation to enjoy.”

END_OF_DOCUMENT_TOKEN_TO_BE_REPLACED

Vin Scully has been in baseball as the voice of the Dodgers for the last 67 years.

With the 88-year-old’s broadcast career in its final stretch, some collectors might be looking to grab one of his few certified autographs — it won’t be easy.

END_OF_DOCUMENT_TOKEN_TO_BE_REPLACED

The legend of “Shoeless Joe” lives on.

A PSA 8 copy of Joe Jackson‘s 1909 E90-1 American Caramel card rocked the auction block on Sunday morning and, along with one other high-grade icon from the past topped a combined $1.1 million in an SCP Auctions sale.

The Jackson sold for $667,189 and is one of only two cards to receive that grade and none are higher.

”We are thrilled with the results of our biggest summer auction to date,” said SCP Auctions Vice President Dan Imler. “The market for ‘best of the best’ sports cards and historic memorabilia continues to show incredible strength.”

END_OF_DOCUMENT_TOKEN_TO_BE_REPLACED 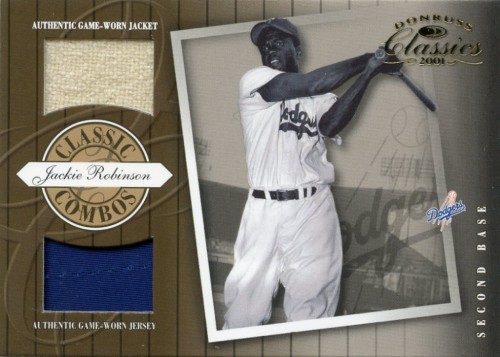 Today’s the day where everyone in Major League Baseball dons No. 42 as a tribute to the man who changed the game — and America — forever.

On this day back in 1947, Jackie Robinson became a baseball and social pioneer, breaking MLB’s color barrier and helping change how the game was played. His actions undoubtedly helped with the civil rights movement, which had its landmark legal act nearly two decades later.

Collecting Robinson isn’t easy on a budget, but there are a few options for fans.

END_OF_DOCUMENT_TOKEN_TO_BE_REPLACED

The current SCP Auctions sale includes items from the personal collections of Baseball Hall of Famer Don Drysdale and collections of memorabilia that include plenty of other big names, but it’s a selection of championship rings here that’s highlight-worthy.

Below is a gallery of 18 rings up for sale now and ending on April 23. Click below to enter the gallery, get a closer look, see who’s owned them and what the bidding sits at now.

More than 20 years after his death, the memorabilia of Hall of Famer and Los Angeles Dodgers pitching great Don Drysdale is coming to auction.

The sale will be handled by Laguna Niguel, Calif.-based SCP Auctions and will open on April 6 with more than 1,000 lots as part of the overall event.

“We feel honored to have been chosen by the Drysdale family to bring this extraordinary collection to auction,” said SCP Auctions President David Kohler. “Don was among the most accomplished and revered pitchers in Major League Baseball history and his impressive assemblage of awards and accolades speaks volumes as to his winning ways out on the mound.”

END_OF_DOCUMENT_TOKEN_TO_BE_REPLACED 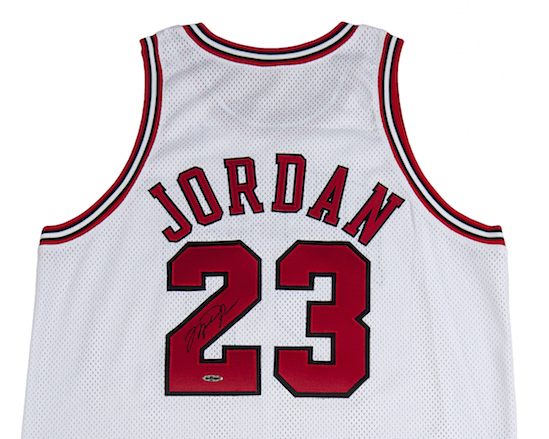 Michael Jordan‘s final jersey worn for a regular-season home game as a member of the Chicago Bulls netted a new record for a piece of Jordan memorabilia with a sale price of $173,240 this weekend after 17 bids in Goldin Auctions‘ latest sale.

It wasn’t the only six-figure sale of the weekend, either.