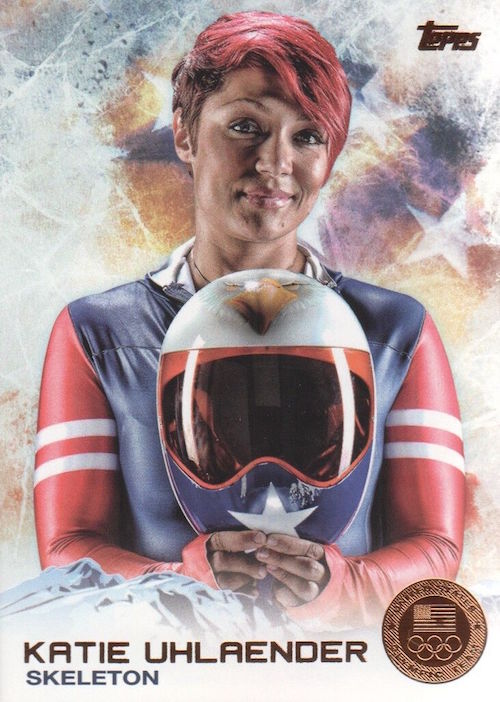 You might not find Katie Uhlaender in the newest Topps Winter Olympics card set that officially arrives in stores beginning today, but there’s still plenty to collect for those who remember her story from last time around and are looking forward to a new chapter soon. 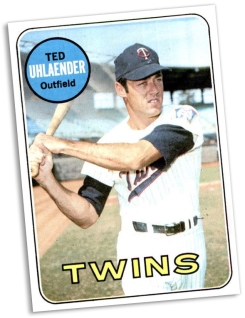 In the 2014 Winter Games, she came up four-hundredths of a second short of winning a bronze medal in skeleton, but that story isn’t yet final even all these years later. Why? Russia’s Elena Nikitina was stripped of her bronze after doping violations late last year — and it’s quite possible that an adjustment of results will be done soon. Plus, just last week Uhlaender was named to this year’s squad, making her the first four-time Olympian in her sport.

But when it comes to Uhlaender cardboard, it’s actually not all about her, and there’s a pretty good chance we’ll soon see a 1969 Topps baseball card of her father, Ted Uhlaender, on her sled and his 1972 Cincinnati Reds National League Championship ring as part of a necklace she wears while competing around her neck during the action in South Korea.

END_OF_DOCUMENT_TOKEN_TO_BE_REPLACED

Topps will have a big name in baseball on hand for its inaugural Industry Conference next month in Scottsdale, Ariz.

It’s Cincinnati Reds prospect Hunter Greene, who was the No.. 2 pick in last year’s MLB Draft, and his first Topps autographs will be part of a meet-and-greet session with those in attendance.

Set in the heart of the Cactus League just as play begins, the conference will include several speakers during the three-day event. Check-ins and a welcome reception are set for the evening of Sunday, Feb. 18 before the full slate begins the following day at the Talking Stick Resort.

END_OF_DOCUMENT_TOKEN_TO_BE_REPLACED TRISTAR has a new exclusive team member — and he’s “the greatest baseball player of all time” based on Hall of Fame voting.

It’s former Seattle Mariners and Cincinnati Reds star Ken Griffey Jr. and a full line of autographed memorabilia from him is available now from the Houston-based company after the new deal was announced on Tuesday night.

END_OF_DOCUMENT_TOKEN_TO_BE_REPLACED 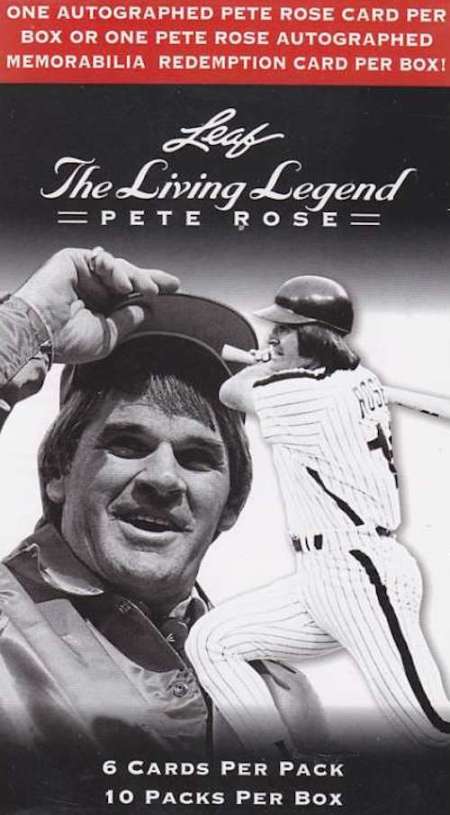 Do you like Buzz Breaks? Today’s your day then as we launch 12 in 12 — a series of a dozen breaks of past wax boxes and wax packs in a dozen hours. We’ll post one every hour on the hour all day long today … this is Hour 11.

END_OF_DOCUMENT_TOKEN_TO_BE_REPLACED

The newest member of the Miami Dolphins has a famous family, but it’s likely you don’t have his first football card.

He’s Trey Griffey — the son of baseball Hall of Famer Ken Griffey Jr. — and no matter how his NFL career goes he’s already got a Topps football card.

END_OF_DOCUMENT_TOKEN_TO_BE_REPLACED

The Panini VIP Party has added a Diamond King to the roster.

Panini America revealed the seventh guest for its upcoming exclusive event set for Saturday night and it’s MLB hit King Pete Rose, who was revealed by the company just minutes ago.

END_OF_DOCUMENT_TOKEN_TO_BE_REPLACED 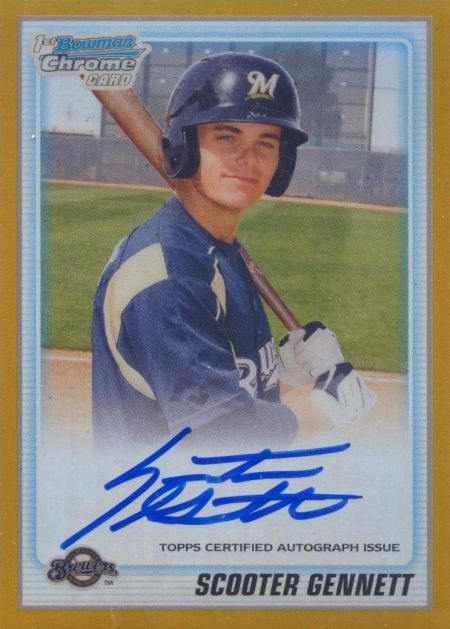 You’ve probably seen the highlight reel of Scooter Gennett‘s four-homer, 10-RBI game for the Cincinnati Reds on Tuesday night but you may not realize how rare the feat is — or how rare his baseball cards might be.

He’s just the 17th player ever to hit four homers in a game — nobody has ever hit five — and he’s the first in the rich history of the Reds to do it. The last? Texas Rangers slugger Josh Hamilton back in 2012. It’s a club that includes five Hall of Famers — Ed Delahanty, Lou Gehrig, Chuck Klein, Willie Mays and Mike Schmidt — and sluggers Rocky Colavito, Bob Horner and Mark Whiten among others.

END_OF_DOCUMENT_TOKEN_TO_BE_REPLACED

Scott Schebler is this year’s Adam Duvall — a hard-hitting Cincinnati Reds outfielder who’s come out of nowhere to hit a boatload of home runs.

Schebler’s present stat line stands at 15 homers and 29 RBI through his first 48 games where he’s hitting .247. It’s a home run mark that puts him tied for fifth in the majors and tops in the National League beside Bryce Harper. (Duvall is one shot behind them on the NL list.)

Unlike Duvall, whose arrival last year was at a time where he had no certified autographs, Schebler’s is one where he’s got autographs — but only in a single past release.

END_OF_DOCUMENT_TOKEN_TO_BE_REPLACED

A new baseball season is nearly here with the first spring training games set to air later this month and that’s when we’ll see the newest players on their new teams.

And many of them will be wearing new uniforms — well, at least new caps.

END_OF_DOCUMENT_TOKEN_TO_BE_REPLACED

When is a Pete Rose autographed baseball a 1/1 creation but also one of 4,256?

When is a Rose autographed baseball an item that costs $170 … or more?

When it’s a part of a new exhibit in the Cincinnati Reds Hall of Fame and Museum — and potentially part of your own stash — as part of the Hall of Fame Pete Rose Hit Collection.

END_OF_DOCUMENT_TOKEN_TO_BE_REPLACED 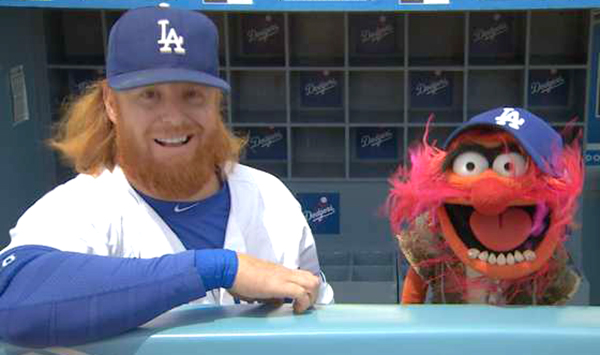 END_OF_DOCUMENT_TOKEN_TO_BE_REPLACED

One of this year’s hidden gems on the field is nearly the same thing off of it — or at least on cardboard.

In an era of prospect cards made sometimes years before a player even sees an MLB field, Cincinnati Reds outfielder Adam Duvall is a bit of an enigma. Make that an enigma who has 18 home runs this season after a 9-8 victory over the Atlanta Braves Monday night where he led off the game with a two-run shot in the first.

And make that an enigma without a lot of cardboard.

END_OF_DOCUMENT_TOKEN_TO_BE_REPLACED 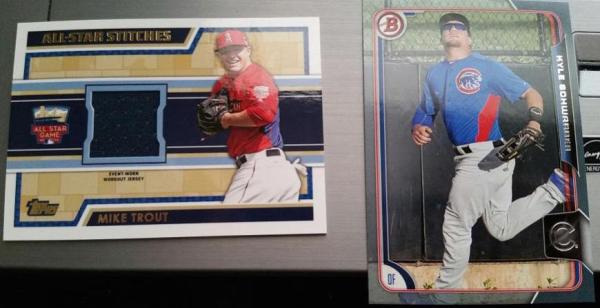 END_OF_DOCUMENT_TOKEN_TO_BE_REPLACED

With Major League Baseball‘s historic trip to Cuba and the Tampa Bay Rays’ exhibition game against the Cuban national team on Tuesday, the spotlight is shining bright on the country and its rich baseball history.

One part of that history that might not be remembered by many collectors is the fact that there was once a minor league team in Cuba, the Havana Sugar Kings, that was a Triple-A affiliate of the Cincinnati Reds and a member of the International League.

END_OF_DOCUMENT_TOKEN_TO_BE_REPLACED 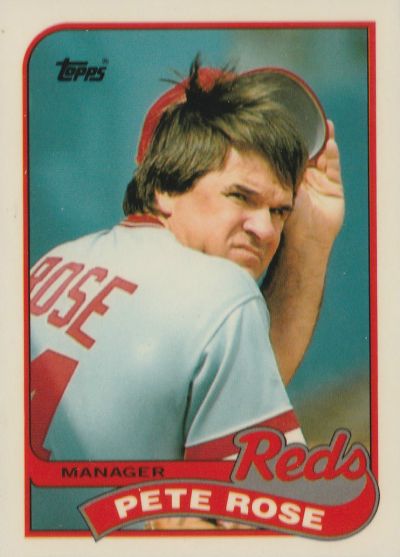 “Inducting Pete into the Reds Hall of Fame will be a defining moment in the 147-year history of this storied franchise. … He is one of the greatest players to ever wear a Reds uniform and it will be an unforgettable experience watching him being honored as such.”

That was from the announcement on Tuesday as the team has decided to induct Pete Rose into its Hall of Fame and retire his No. 14 during the weekend of June 24-26.

END_OF_DOCUMENT_TOKEN_TO_BE_REPLACED

Memorabilia from the career of Baseball Hall of Famer Barry Larkin will hit the auction block next week via Goldin Auctions as the former Cincinnati Red has decided to sell his collection.

Among the items in the sale, which will begin on Jan. 11 and end on Jan. 30, are his 1984 USA Baseball uniform and the ball from his first career hit as a big-leaguer. Also found among the 53 lots are items from his University of Michigan days and an All-Star Game-used uniform.

“Barry Larkin is among the most popular players in Reds history as he was born and raised in the Queen City and then played all 19 of his MLB seasons with his hometown Reds,” said Ken Goldin founder of Goldin Auctions. “During his remarkable baseball life, he was an Olympic champion, Rookie of the Year, World Series winner, MVP, 12-time All-Star and a Hall of Famer. We are honored to make these rare collectibles from his career available for the first time.”

END_OF_DOCUMENT_TOKEN_TO_BE_REPLACED

Not long ago, we thought Cuban fireballer and four-time All-Star Aroldis Chapman was on his way to Los Angeles after the Dodgers agreed to trade a pair of prospects to land him.

But, after a deal on Monday, he’s headed to New York to be the closer for the Yankees.

What does it mean for Chapman’s baseball cards?

END_OF_DOCUMENT_TOKEN_TO_BE_REPLACED

Pete Rose‘s quest for reinstatement by MLB was denied Monday after an investigation by commissioner Rob Manfred.

Rather than argue one way or another, Buzz simply wants to know if Rose would get your Hall of Fame vote if you had one.