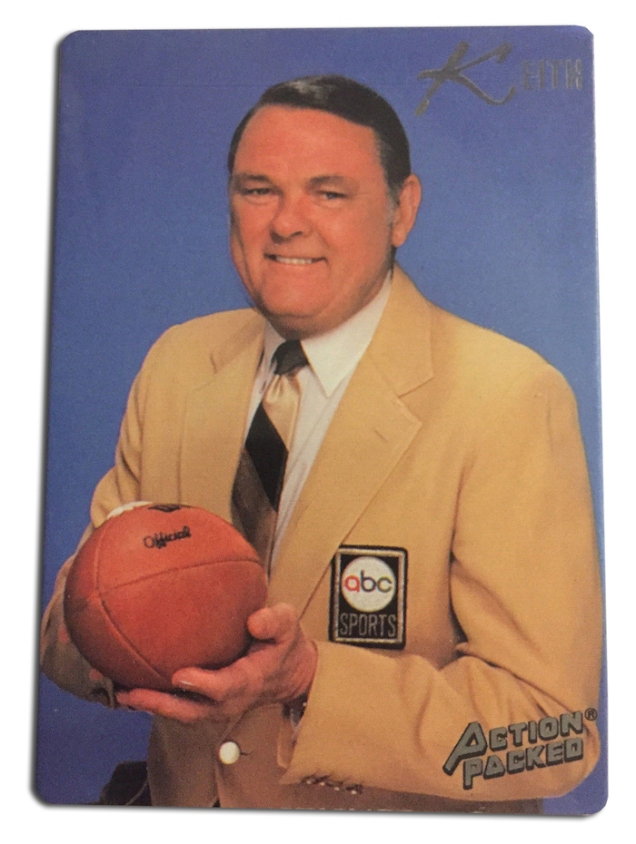 One of the most-memorable voices in college football — if not all of broadcasting — has gone silent as Keith Jackson has died. He was 89.

His career started in the 1950s and he continued working until the mid-2000s with his “Whoa, Nellie!” catch-phrase heard countless times calling 15 Rose Bowls and plenty more during a stretch for ABC that began broadcasting college games in 1966. Jackson also called World Series games, Olympic events and worked on the Monday Night Football broadcast team.

And that’s where his perhaps only standard football card comes into play.