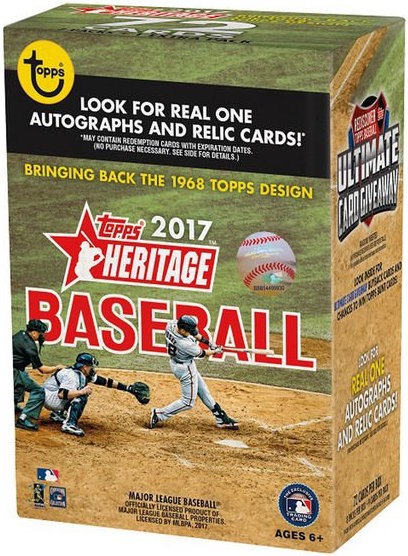 The annual trip back in time on baseball cards is nearly here as 2017 Topps Heritage arrives on March 1 with a new look at the famed (or is it infamous?) burlap design of 1968 Topps.

Part of that package are variations that are based on errors and variations from the original set that it seeks to replicate (at least in part) with players of today.

END_OF_DOCUMENT_TOKEN_TO_BE_REPLACED

Is your 1967 Topps baseball card set complete? There’s a chance it might not be now.

A funny thing happened when Buzz was working to confirm the various errors and variations in the 1967 card set in the weeks before the arrival of this year’s homage, 2016 Topps Heritage.

There appears there could be a third version of Mike McCormick‘s card No. 86. When examining a group of 1967 cards, Buzz noticed a possible version (above) that’s not cataloged anywhere among the various error & variations lists or noted on any population reports despite this set being 49 years old. It’s a dramatically different version of the card for the Washington Senators pitcher who was traded to the San Francisco Giants, which is the reason for the variations to exist.

It turns out that this card is from the 1967 O-Pee-Chee set, though there is only one version cataloged there. Could a third version like this exist for the Topps card? Or are there two versions for O-Pee-Chee? Keep reading for the details.