Now is your chance at some free baseball cards that you won’t find anywhere else other than at your local card shop. That’s because today is an annual event that helps draw new fans into the hobby and gives veteran collectors some new stuff to check out.

There are six-card packs of NBCD baseball cards available free with a visit to a participating store, while a $10 purchase will yield a Mike Trout bonus card. The full checklist for this promotion can be seen here — spoiler — and it includes Aaron Judge, Bryce Harper and Carlos Correa autographs in some packs. (Topps also will be using the hashtag #ToppsBaseballCardDay on social media for those who go and want to show off their new baseball cards, too.)

END_OF_DOCUMENT_TOKEN_TO_BE_REPLACED

National Baseball Card Day is back.

Topps’ hobby shop event is set for Aug. 12 and participating stores in the United States and Canada that Saturday will have free six-card packs available for visitors.

END_OF_DOCUMENT_TOKEN_TO_BE_REPLACED

The hobby shop event will have participating stores in the United States and Canada giving away free six-card packs to visitors. It’s a promotion that hasn’t been done since 2008.

A bonus card of Kris Bryant will only be available with purchases. It can be seen above.

END_OF_DOCUMENT_TOKEN_TO_BE_REPLACED

National Baseball Card Day is back.

The hobby shop event is set for Saturday, Aug. 13, and participating stores in the United States and Canada will have free six-card packs available for visitors. It’s a promotion that hasn’t been done since 2008.

END_OF_DOCUMENT_TOKEN_TO_BE_REPLACED 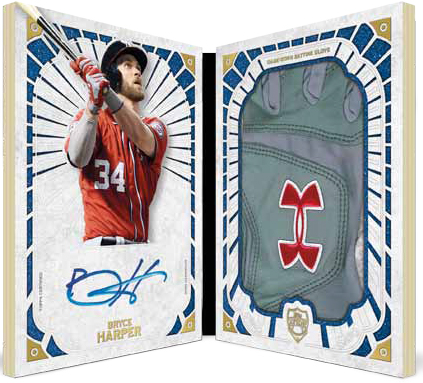 Topps‘ presentation at this year’s Industry Summit included a few nuggets of info … here are the most-notable items.

National Baseball Card Day will return this year. … Topps Supreme baseball (above) will not be made this year. … Topps Mint baseball will be a new addition to the lineup. … Japanese star Kenta Maeda’s autographs will be coming soon. … Bowman Chrome and Bowman Draft will have new builds when they arrive. … No physical football card releases are being planned. … Topps is still pursuing an autograph deal with Star Wars star Daisy Ridley. … A high-end 65th Anniversary baseball product is in the works.

Leaf Trading Cards’ presentation later in the afternoon included a rundown of the dozen hockey brands, eight package memorabilia brands and four football brands it intends to release this year. … And Leaf has landed a non-sports big one — it has signed Star Wars star Daisy Ridley to an autograph deal. Her autographs will appear in Pop Century.