It was today back in 1969 that New York Jets quarterback Joe Namath delivered on his guaranteed upset of the Baltimore Colts — and next month an elite specimen of his best football card will hit the auction block.

It’s a PSA 9 copy of his 1965 Topps Rookie Card, and it’s one of just five cards to get that grade — and none have ever graded higher.

END_OF_DOCUMENT_TOKEN_TO_BE_REPLACED

He was a coach for two of the greatest teams in NFL history, a defensive mastermind and a coach that his players revered.

He’s Buddy Ryan, a 26-year veteran of the coaching ranks and an innovator in the game. He was a young defensive coach for the New York Jets that won Super Bowl III. He was the brains behind the 46 defense and the dominating Chicago Bears that steamrolled their way to a victory in Super Bowl XX.

“Buddy was such an integral part of the Chicago Bears and the ’85 Bears, it was unbelievable,” former Bears coach Mike Ditka told NFL.com. “There’s no way we win anything without that defense, without his coaching and I think everybody understands that. We won because of our defense, we can never forget that. That’s just the way it was.”

He died on Tuesday at age 82 — and he’s also a legend you won’t find often on cardboard.

END_OF_DOCUMENT_TOKEN_TO_BE_REPLACED 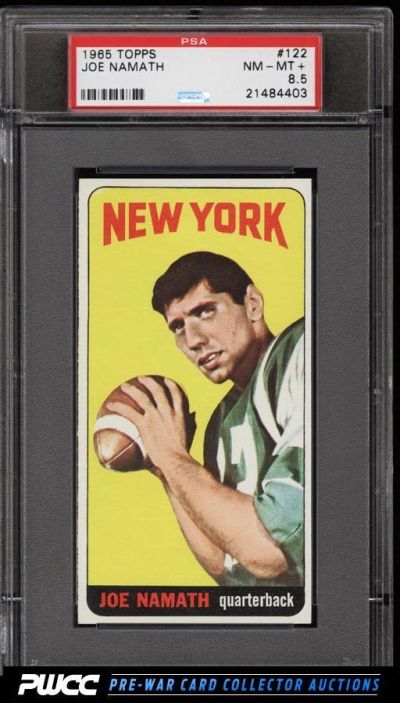 It’s been 39 years since Joe Namath last suited up for an NFL game, but his 1965 Topps Rookie Card remains an iconic one and is among the most-valuable RCs out there.

And a high-grade specimen on eBay right now is going to prove it when the auction ends.

END_OF_DOCUMENT_TOKEN_TO_BE_REPLACED

Among the items in the Pro Football Hall of Fame‘s online gift shop are a series of five mini busts that Buzz couldn’t help but be drawn to.

Why? Buzz can’t figure out whether they are cool or creepy.

END_OF_DOCUMENT_TOKEN_TO_BE_REPLACED

The semifinalists list for this year’s Pro Football Hall of Fame vote was revealed this week and there are some legendary names on the list of 25 — Brett Favre, Terrell Owens, Morten Anderson, Alan Faneca.

And if you’re like Buzz — a long-time collector but maybe someone whose focus isn’t purely on football all the time — one of those names may have left you saying, “Who?”