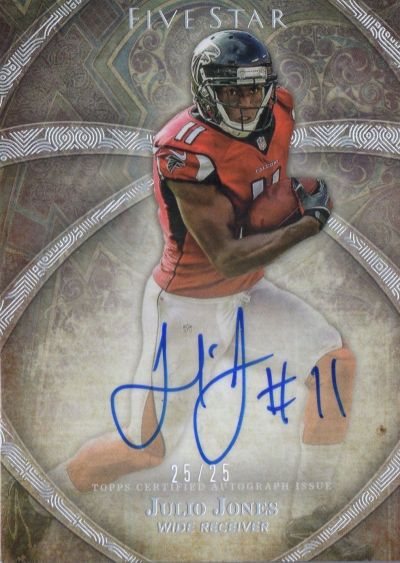 The Atlanta Falcons took a 7-7 record into their game against the undefeated Carolina Panthers on Sunday and thanks to one guy’s one big play they recorded their biggest win of the season.

The player was WR Julio Jones and the play was a 70-yard touchdown catch in the third quarter — the biggest part of a nine-catch, 178-yard day. Jones has been one of the better receivers in the league, but this is one play for the highlight reels that could live on for some time.

His Rookie Cards can be found back in 2011 products and, in general, his autographs aren’t all that plentiful. Combine that with interest from his past Alabama Crimson Tide fans and some of those early cards can be tougher to find.

Keep reading for four more guys who generated some buzz on the field this week. (Note: This was published before the late games this week.)