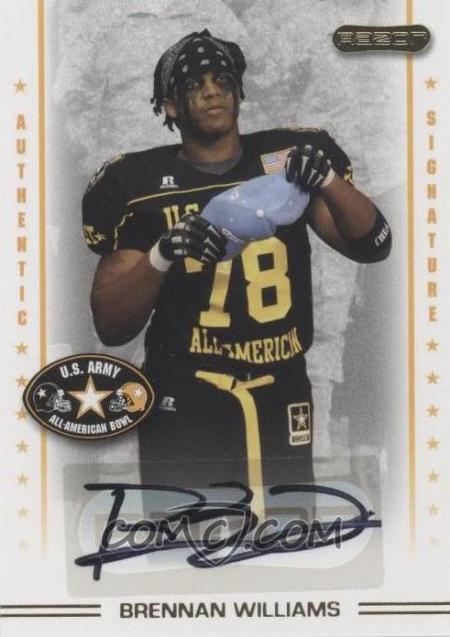 There’s a chance you’ll be seeing more of Brennan Williams on cardboard and on TV — but that’s potentially a long ways away.

And it probably won’t be with that name, either.

World Wrestling Entertainment announced a new signee for its developmental ranks on Monday and it’s Williams, who is a former third-round draft pick who spent time on the sidelines and the practice squad. He’ll join the NXT hopefuls at the WWE Performance Center in Orlando, Fla.