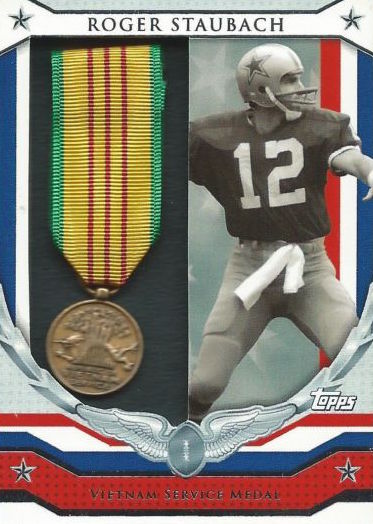 There have been countless sports card sets made in recent years with nods to the military and the NFL’s Salute to Service campaign reflected in packs. There have been camo cards, ribbon cards and so much more found by collectors, and it’s trickled over into other sports, too, with camo parallels and special military-tied inserts in packs along with memorabilia cards from military-themed jerseys.

But none of them can touch a simple set from packs of 2008 Topps football cards called 2008 Topps Honor Roll Ribbons. It’s a set that shows past NFL players who were members of the military along with mini replicas of the medals that they were awarded.