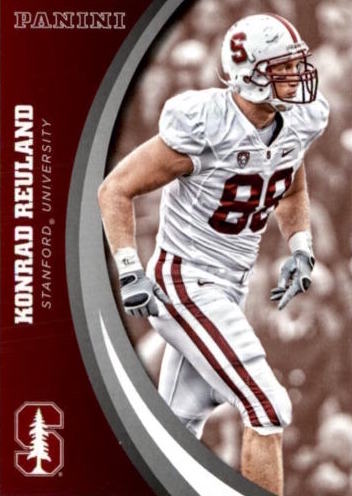 Odds are you don’t know the name Konrad Reuland.

He enrolled at Notre Dame in 2006 with dreams of gridiron glory but had no recorded statistics in seven games played. He transferred to Stanford where he caught 27 balls for 351 yards and a touchdown over two seasons.

The tight end went undrafted in 2011 but caught on with four NFL teams over five seasons, mostly practice-squad work, but he did play in 30 games (starting four) for the Jets and Ravens — the last coming in 2015.

But these aren’t the reasons you could now hear his name.

END_OF_DOCUMENT_TOKEN_TO_BE_REPLACED 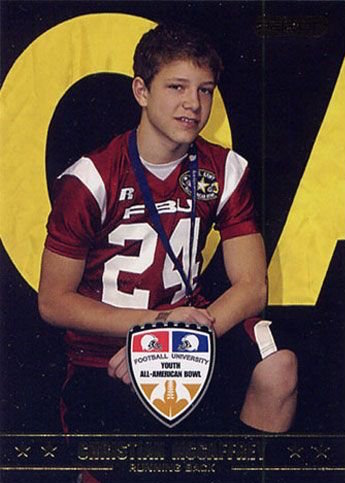 Stanford’s Christian McCaffrey picked up The Associated Press College Football Player of the Year nod on Tuesday, becoming the first non-Heisman Trophy winner since 2009 to win the award.

But if you want his first football cards? Well, you’ll have to do some digging — because six years ago was the same year he made his debut on cardboard.