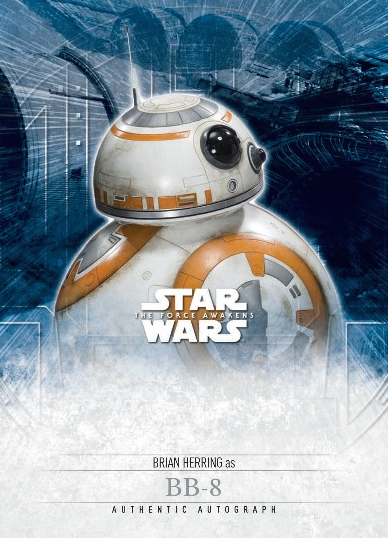 It was no surprise that one of the stars of Star Wars: The Force Awakens was the new droid in the franchise’s universe. Why? Because it was seen everywhere before the movie’s arrival, allowing us to marvel at the idea of a real robot — a head atop a rolling ball — being part of the action and not someone in a suit or something that’s purely computer-generated.

If you didn’t know, that robot was BB-8.

However, the news from Topps this week was a surprise as it’s going to have a BB-8 autographed card in 2016 Topps Star Wars: The Force Awakens Series 2 when it arrives late next month. How?