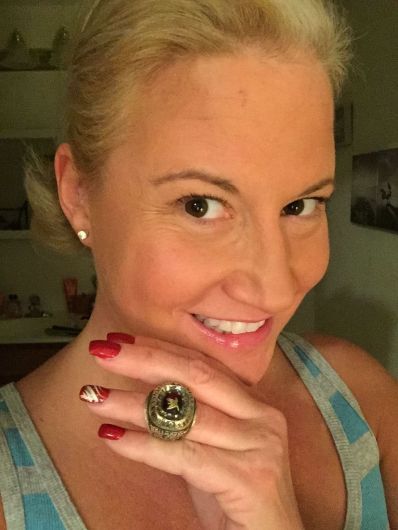 A former WWE Diva is done with the world of professional wrestling — and she’s selling her WWE Hall of Fame ring on eBay to prove it.

Sunny, real name Tamara Sytch, was inducted into the Hall in 2011 and it’s one of the first times a WWE Hall of Fame ring has made it onto the open market. (The company began awarding rings in 2009 after previously just awarding plaques.)

“After enjoying my Hall of Fame ring for the past almost five years, I think it’s time for someone else to enjoy and cherish it, as have I,” the auction listing reads. “It’s time to let go of the past, and embrace my future, and selling my ring is the right way to get on track.”