The latest WWE Slam Crate is here and things are getting divided with “stables” taking the spotlight.

There aren’t any Four Horsemen homages here, but we do get a nod to The Four Horsewomen of NXT as well as some DX, New Day and nWo pieces this month.

The first crate arrived last year, the second arrived in December and the third one was fun, too, as was the fourth which introduced a new toy twist, but this newest crate arriving now gives us a continued approach to WWE toy collecting and plenty more.

What was inside this one? Keep reading …

END_OF_DOCUMENT_TOKEN_TO_BE_REPLACED

Do you like Buzz Breaks? Today’s your day then as we launch 12 in 12 — a series of a dozen breaks of past wax boxes and wax packs in a dozen hours. We’ll post one every hour on the hour all day long … and this is our finale for today.

END_OF_DOCUMENT_TOKEN_TO_BE_REPLACED

The Topps Now cards for World Wrestling Entertainment took on a  new dimension on Monday with a limited number of match-used memorabilia cards from Sunday night’s event available for just 24 hours.

The 2016 Topps Now WWE set is now over 55 cards for the year with two Relics and six standard cards as part of a lineup revealed for Roadblock.

END_OF_DOCUMENT_TOKEN_TO_BE_REPLACED 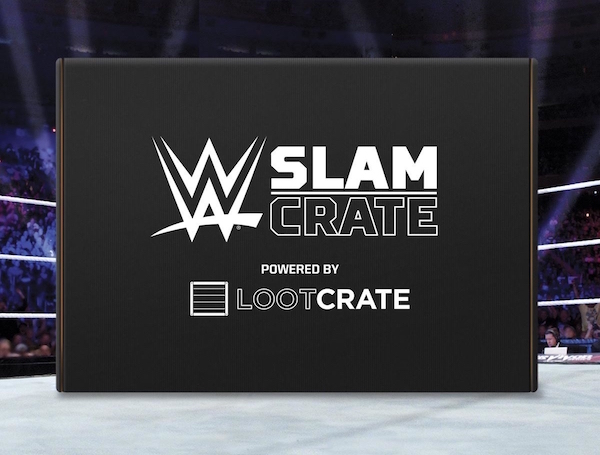 When Pasadena, Calif.-based Loot Crate recently announced its first crate that’s a tad closer to the sports (entertainment) realm than most of its mystery box offerings — the WWE Slam Crate — this fan decided to sign up and see what was to come.

The First, which is the theme of this one, arrived today packing a few surprises and some oddball inclusions that offer a glimpse of what might be to come.

END_OF_DOCUMENT_TOKEN_TO_BE_REPLACED 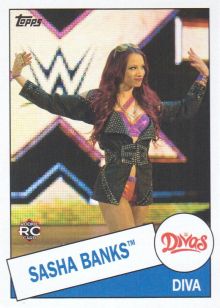 Notable stats about this break – Received between four and six copies of every card in the 110-card base set and completed each of the insert sets at least once, excluding parallels. (Did not receive any parallels rarer than the one-per-box Black versions.) Created just one of the 10-card nWo sets, but the case yielded three of the 2K16 sets, three Rookie of the Year, two Then & Now (one card short of a third) and four NXT Called Up insert sets.

Keep reading to see the full breakdown … and the hits.

END_OF_DOCUMENT_TOKEN_TO_BE_REPLACED

Packs per box: 8 (seven standard packs plus one Relic/Sting/Vudu code pack in boxes at Walmart)
Cards per pack: 9
Cards in this box: 66
Base set completion:  38 of 110 (35 percent)
Duplicates: 0

END_OF_DOCUMENT_TOKEN_TO_BE_REPLACED

What you see here is a commemorative T-shirt for a trombone that met her demise recently at the hands of the vicious Chris Jericho in the world of WWE.

No, really, and it can be yours for $24.99. The store description on WWEShop.com reads: “In loving memory of Francesca The Trombone, the fourth member of The New Day. She will live in our hearts forever.”