He was a dominating goaltender nicknamed “The China Wall,” a two-time Vezina Trophy winner, a four-time Stanley Cup champ and a Hall of Famer.

He’s Johnny Bower and the former star for the New York Rangers and Toronto Maple Leafs died Tuesday after a battle with pneumonia. He was 93.

“Johnny Bower enriched us all by sharing the pure joy he felt for the game he played and for the men who played it, with him and against him,” said NHL commissioner Gary Bettman in a statement. “It was a personal privilege to know him, a delight to be in his presence.”

END_OF_DOCUMENT_TOKEN_TO_BE_REPLACED

Do you like Buzz Breaks? Today’s your day then as we launch 12 in 12 — a series of a dozen breaks of past wax boxes and wax packs in a dozen hours. We’ll post one every hour on the hour all day long today … this is Hour 7.

END_OF_DOCUMENT_TOKEN_TO_BE_REPLACED

What’s buzz-worthy: The Toronto Maple Leafs’ 100th anniversary is coming soon and President’s Choice hockey cards will focus on that with this limited high-end release.

END_OF_DOCUMENT_TOKEN_TO_BE_REPLACED 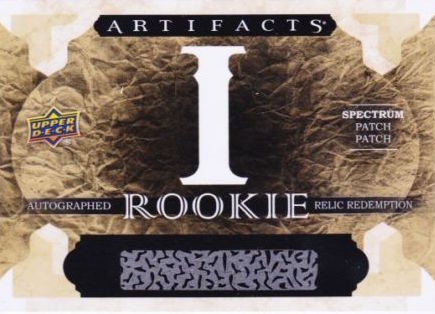 What happens when the No. 1 overall draft pick takes the ice and scores a record four goals in his first game?

Dollar signs — and that might as well be Auston Matthews’ name right now. While the Toronto Maple Leafs center didn’t touch the overall single-game record of seven from back in 1920, he did set a new record for a debut.

And all this means big things for his Rookie Cards — or at least the redemptions for his first NHL cards. The 2016-17 Artifacts card above for example? It will cost you.

END_OF_DOCUMENT_TOKEN_TO_BE_REPLACED 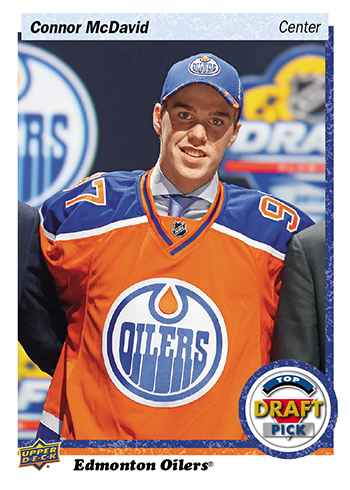 This year’s NHL Draft is set to start on June 24 and Upper Deck will be ready for the event with a set of trading cards available to collectors.

Cards of past draft picks since, you know, those strict rules about Rookie Cards are still in play.