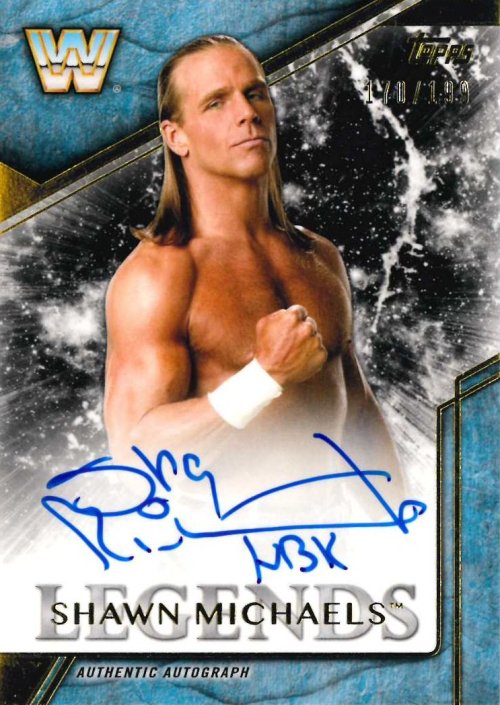 What’s buzz-worthy: The biggest names in WWE history get a set of their own with a product that packs one autograph per six-pack mini-box and what looks like another place to potentially find ink of WWE’s most-notable legend of the moment, Undertaker. 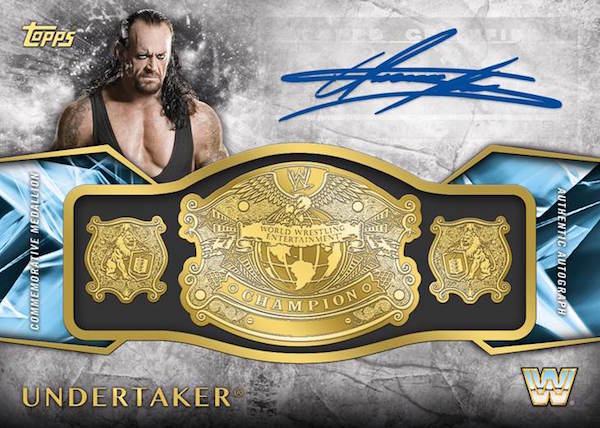 The Basics: The base set will include 100 cards on premium stock with men’s and women’s stars from the past and members of the WWE Hall of Fame. There will be five parallels per card — Bronze, Silver (/99), Blue (/50), Gold (/10) and 1/1 Red. … Inserts will include Retired Championships and Legendary Bouts. … The autograph lineup will be heavy on parallels with Bronze (/99), Silver (/50), Blue (/25), Gold (/10), Black (/5) and 1/1 Reds, while dual and triple autos will be limited to only 10 copies with only Black (/5) and 1/1 Red parallels. There also will be 1/1 Tribute cut autos to be found. Rounding things out will be autographed Relics with the same rainbow, standard Relics and Retired Championship autos with the same rainbow. … A mock of an Undertaker auto card was not shown on the preview materials but his photo is prominently used on the page that notes the signed Relics. … A checklist was not revealed.

Update (May 11): Undertaker autos and an auto plate card have been confirmed by Topps.