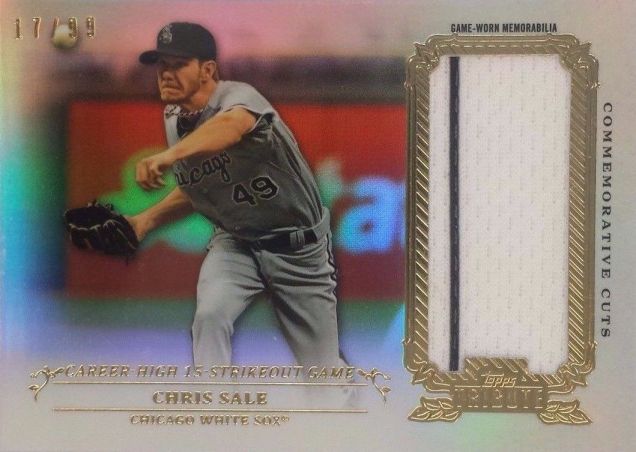 Card of the Day: A Chris Sale 2013 Topps Tribute Commemorative Cuts Relic — with a cut piece of his game-used jersey.

Why? Well, you may not have watched TV lately but Sale was suspended five games by the Chicago White Sox after he reportedly cutting up the team’s throwback jerseys the team was supposed to have worn on Saturday night. Rather than pitch wearing a certain style uniform, he reportedly destroyed the uniforms before being sent home.