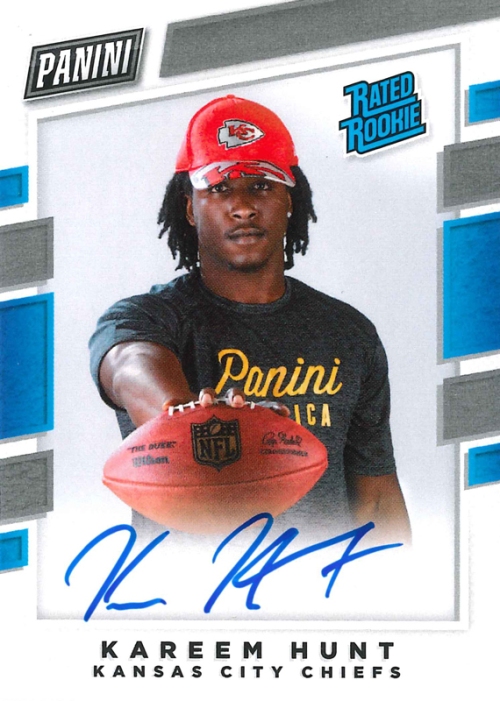 There were surprises and new arrivals on the NFL rookie front — and that’s just Week 1.

Six newcomers stepped up with none perhaps more surprising the Kansas City RB Kareem Hunt, who helped the Chiefs pull off a dominating 42-27 win over the defending Super Bowl champion New England Patriots on Thursday night. He had 17 carries for 148 yards and a touchdown — and seven catches for 133 yards and a 75-yard score. Not bad for a third-rounder out of Toledo.

As you should already know from last week, he already appears on more than 450 different cards with nearly 300 of those being certified autos. He’s got 15 RCs so far by the standard (non-insert) definition and nearly 140 memorabilia cards and is found in most 2017 releases — just like most of our other notables from Sunday.

Who made the cut? Keep reading.