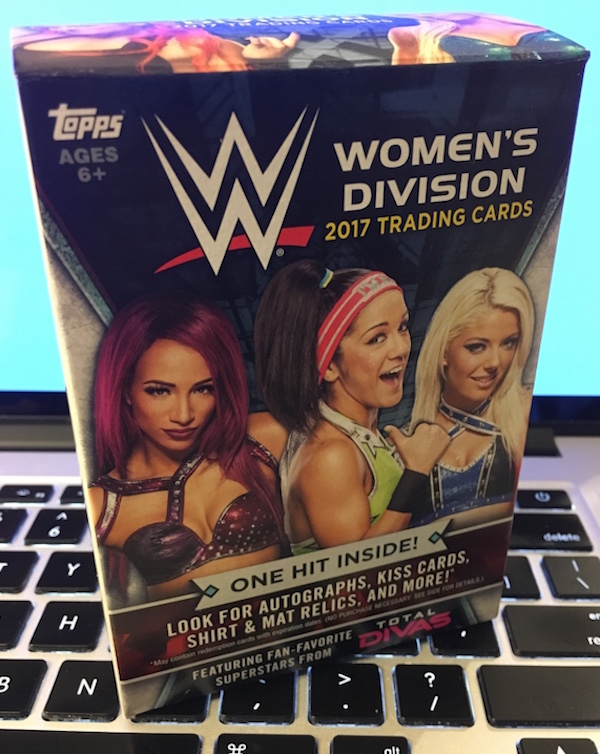 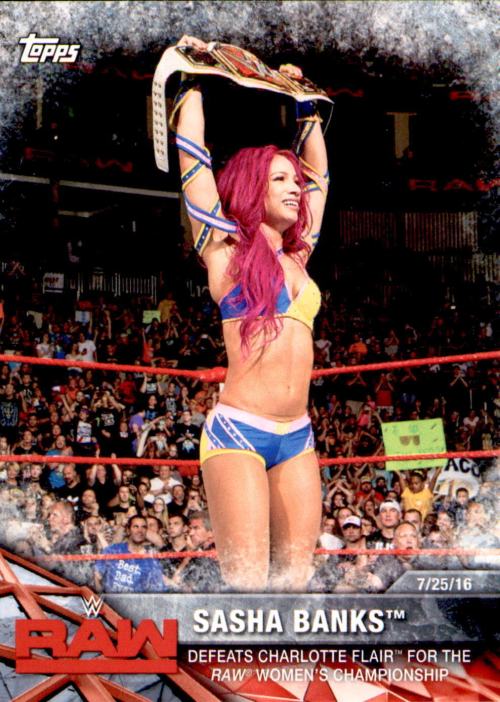 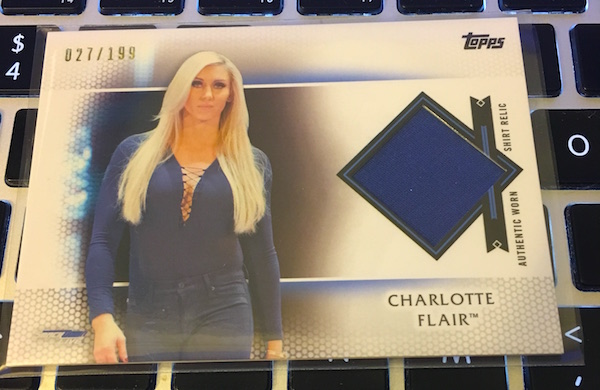 What’s Buzz-worthy: Another box of this one since it’s a favorite this year. … As said previously, this is the second WWE women’s product in as many years after a more than a decade without one. The base set design here is once again a re-do of a past Topps soccer design — perhaps an improvement over last year’s set but a substantial number of the photos are the same. The two Matches & Moments insert sets found in these boxes (Topps is treating them more like one set alongside the main roster cards) are numbered with NXT and WWE prefixes and with separate numbering using the design of this year’s Road to WrestleMania set. Those sets offer a meaty look at specific moments from late 2015 to early 2017 in chronological order. It will likely confuse some with that same design used but this collector likes the depth of moments. The hits are one per box — a combination of autographs, shirt Relics, mat Relics, kiss cards and new this year are manufactured belts. How that breaks down is a little confusing as the easiest is autographs at one in 10, shirt Relics one in 12, mat Relics not mentioned (but parallels start at one in 13), belts one in 15 and kisses one in 67. How that combines with the various parallels to land at one per box is a bit unclear. Parallels also seemed more plentiful last year — low-numbered cards seemed to deliver often but not every time — so that may be an indicator that this one could have a more plentiful print run. That’s likely anyway with hanger boxes and jumbo packs that are the homes for specific insert sets depending on the format. All in all, this isn’t a bad set, but the collation does appear to be streaky. It could pay off for you well, or it could be a smackdown — it all depends on your luck.

Product Grade: B
Box Grade: A-
Fun Grade: B