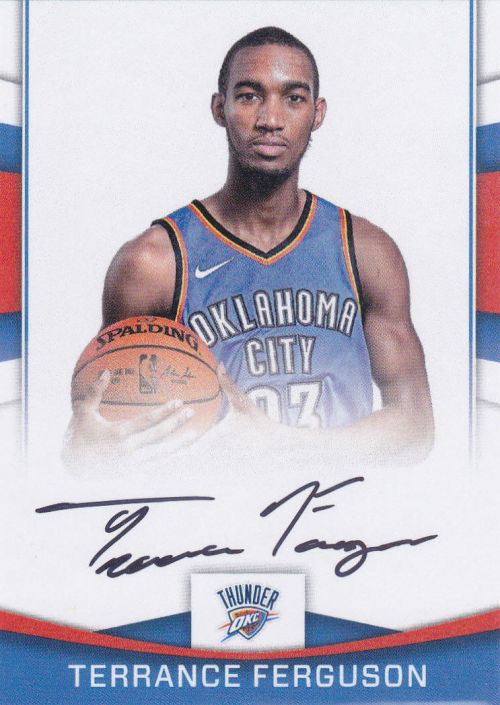 Could a new dominant rookie be here?

That’s a question for the hobby as Oklahoma City guard Terrance Ferguson put on a show in his first career start Wednesday night against the Lakers — you know, the team with those other rookies who are hot in the hobby.

The 21st pick in this year’s NBA Draft is a 19-year-old without college experience, but it didn’t matter on the court as he scored a team-high 24 points in 33 minutes as part of a 133-96 drubbing of Los Angeles. 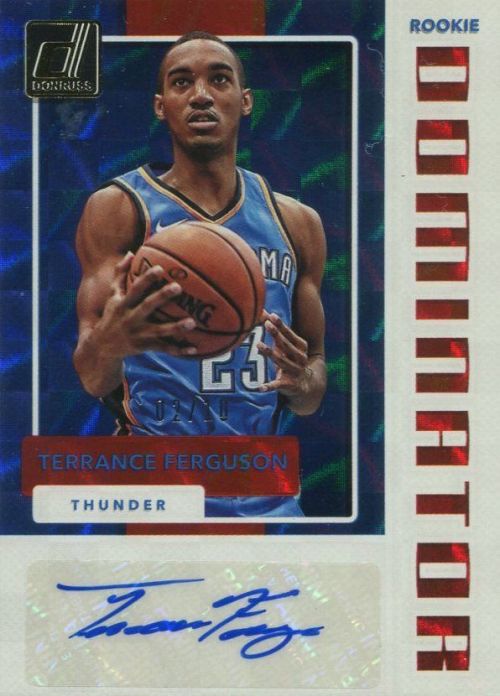 When it comes to cardboard, Ferguson already has more than 200 cards already in 2017-18 NBA products from Panini America — but roughly only 50 of those are autographs.

The newly released 2017-18 Absolute, is the home of many of those autos as well as Court Kings, Donruss, Prizm, Contenders Draft Picks (perhaps his most-plentiful autos), Totally Certified and NBA Hoops.

On Wednesday night in Los Angeles, he connected on six of nine three-pointers, meanwhile entering the game, he had just 29 points in 22 games this season. His best preseason game? Just nine points.