The box: 2017 Donruss football cards (blaster box)
Where to buy: BlowoutCards.com (for hobby) 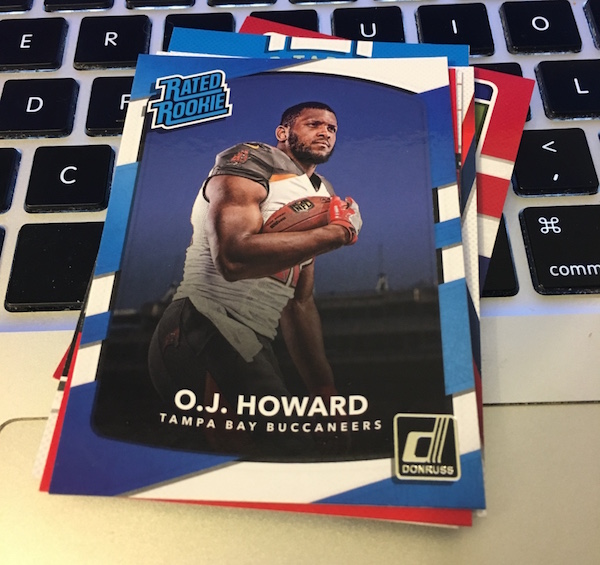 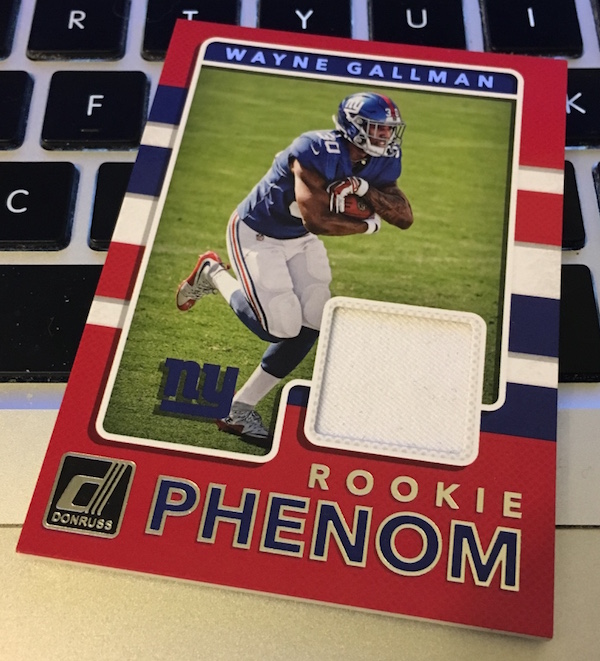 What’s Buzz-worthy: Panini America’s Donruss brand drops its retro feel for a new season and it’s likely a move that’s in part to make an Optic version of the release much stronger later in the year. Unfortunately, this one just doesn’t feel like a Donruss set to me in how it looks. It feels a lot like a Score or Prestige release. The Optic cards — particularly Prizms and parallels — will look good but the base set here, while crisp and clean, just feels “off” to me for the brand. The one Press Proof parallel in this box does indicate some good looks to come in hobby boxes where you’ll find more of them, though. The base set here is meaty — 300 standard cards capped by 100 short-printed rookies found one per pack between RC logo rookies and Rated Rookies — so you’ll find names you might not expect and that will make landing a lot of top stars in a box a bit tougher. Exclude RCs and you really only get four inserts and a hit — that seems light but it’s actually similar to last year. The memorabilia cards found in these boxes won’t be anywhere else so that’s an extra plus but this one just doesn’t feel as “Donrussy” as the last couple of years. If the design doesn’t jive for you, check out the flagship Panini brand — there’s plenty of inserts, design touches and a hit per box there, too — but if you’re a fan of Donruss keep on ripping. You’ll find a lot to like here.