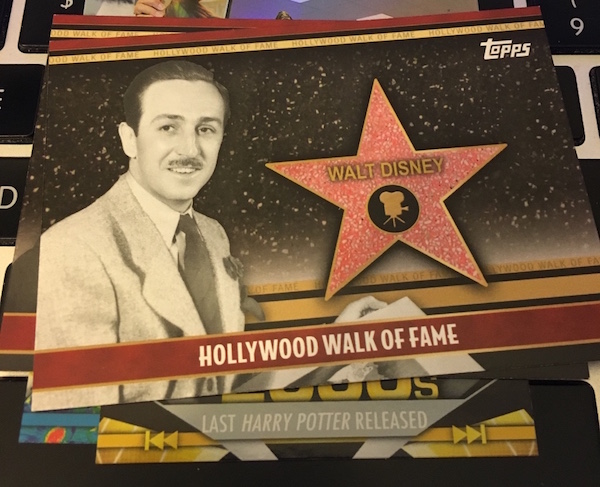 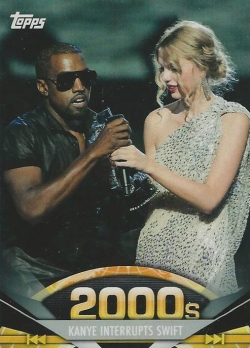 What’s Buzz-worthy: This cardboard time capsule takes us through the history of America and pop culture from the 1940s to roughly 2010. The notable people and big moments found on base cards here is a vast selection and so is what we didn’t find in this box. There are many … The Today Show debuts, first Playboy published, the first Sports Illustrated published, the arrival of Burger King, Barbie’s debut, Alfred Hitchcock, Elizabeth Taylor, To Kill A Mockingbird, Walmart is founded, Gene Roddenberry, George Carlin, Richard Nixon’s “I am not a crook” moment, the founding of Apple, ESPN launches, The Miracle On Ice, MTV arrives, the Apple Mac, New Coke, Mr. Rogers, Tetris, Seinfeld, Baby Jessica, The Real World, O.J. Simpson found not guilty, Google founded, September 11 attacks, Martha Stewart indicted, Twitter launches, Saddam Hussein captured, Barack Obama elected, Kanye West and Taylor Swift, Michael Jackson dies, Osama bin Laden killed and Steve Jobs dies. This set is just seven years old and it seems like there is so much more that could be added to it. There are so many iconic base cards here and there are a number of quirky names to be found on autographs and memorabilia cards such as Bob Costas, Jamie Foxx, Carrot Top, Susan Lucci, Mickey Rooney, Carmen Electra, Wilmer Valderrama (Fez!), Charlie Sheen and then a number of cut autos and other memorabilia cards such as coins, stamps, Walk of Fame star patches and many others. There are a number of hits found as redemptions in this one, which aren’t going to be honored at this point, but this box delivered pretty well with a hit that’s found one in every 610 packs. (There’s no notation of a guarantee per blaster but I think they typically combine to arrive one per box.) Hobby boxes of this one have largely dried up — or could be disappointing at some of the asking prices online (pushing $80-100) if you land manufactured Relics — so dabbling with blasters might be a little safer here. The name power in these boxes can surprise you at times and it’s a fun set to collect. There are even some people trying to get big money for interesting and iconic high-grade cards found here — but other prices might surprise you. A copy of my stamp card found here? One recently sold for $40 on eBay. That really surprised me.

Product Grade: A
Box Grade: A+
Fun Grade: A-