Jerry Lewis was more than a comedian, but that’s where he made his mark first — well before he was remembered for his charitable efforts.

After he was The Nutty Professor he helped raise more than $2 billion in Labor Day marathons for the Muscular Dystrophy Association — just part of his life’s story that included decades in entertainment.

But the star who died at age 91 this weekend was a star found on cardboard in recent years, too. 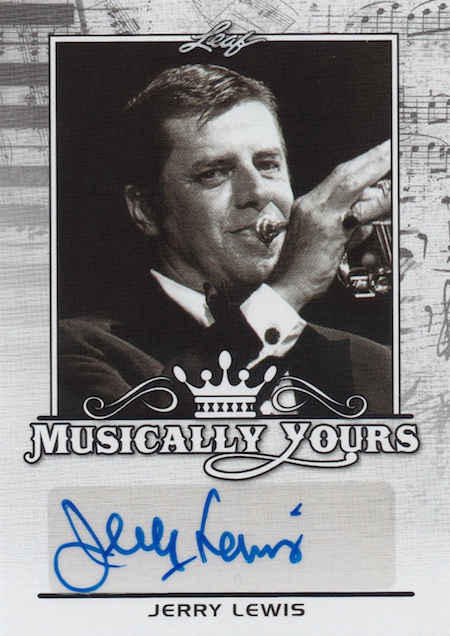 Lewis appears on nearly 150 different trading cards from various releases and nearly 100 of those are low-volume certified autographs signed for Donruss/Playoff, Panini America and Leaf Trading Cards — and all were signed since just 2008.

Donruss/Playoff was the first to land Lewis’ ink as part of its Americana non-sports sets in 2008. He has 17 cards spread over the first two releases for the brand with all of them limited to no more than 50 copies made. Panini America purchased Donruss/Playoff and in 2013 brought Lewis back to cardboard in Golden Age, a baseball release that celebrates pop culture and history. That same year, Leaf included Lewis in Pop Century where he’s got a hefty amount of cards but most are limited to no more than 25 copies per card. That same brand has included him in its 2014 and 2016 as well as this year’s release.

To learn more about his life and career, check out this piece from The New York Times.