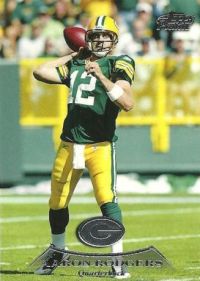 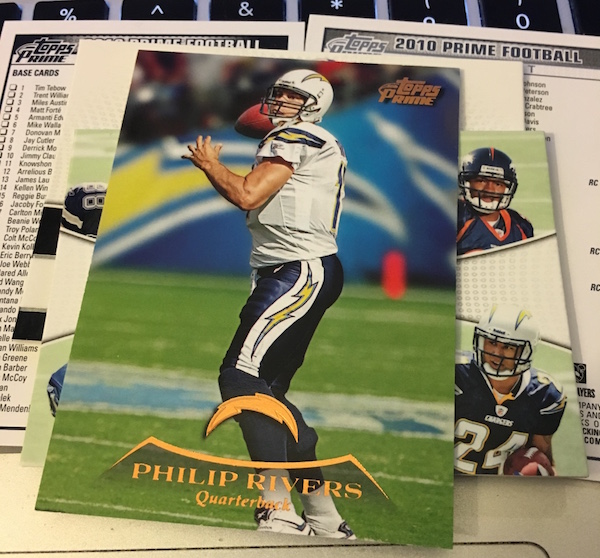 What’s Buzz-worthy: Imagine walking into a chain store and finding a seven-year-old blaster box? That’s been reality in some places as some of those retail distributors are clearing out old inventory for clearance bins. This box was one of those boxes and it feels like it could have been from a decade ago — back when there were even checklists put into packs. The big names in the box were mostly Hall of Famers or retirees, while the rookies? Well, we got one of the biggest names but many of them just aren’t around now — or at least nowhere near collector radars. That’s football for you. These cards are crisply designed with full-bleed printing and simple backs but they work. Some of the rookies of note that we didn’t find here include Tim Tebow and Rob Gronkowski but the box still had a massive rookie presence. The insert presence? Not so impressive — just three numbered parallels and two thick-stock inserts — but you’ll find a lot more if you rip a hobby box. If you like the looks of these cards, hit a hobby box — you’ll also get guaranteed ink and Relics there.