Ty Webb has another round to play — and that’s coming to toy and other hobby shops beginning on Wednesday.

That’s when two of the newest Caddyshack Vinimates arrive from Diamond Select Toys — Webb and the famed gopher from the legendary 1980 comedy add to the previous wave of toys that are small in stature but big on fun. 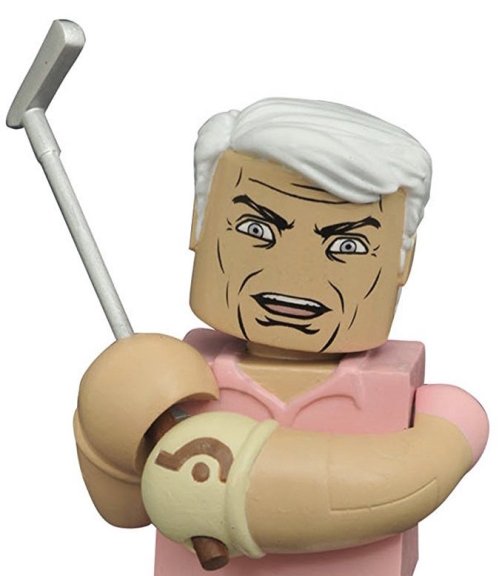 These four-inch vinyl toys are designed in the same style as other block figures but with touches that add to the attitude found with these. The lineup for Caddyshack is up to four figures ($9.99 suggested retail price) and includes Webb (Chevy Chase), The Gopher and the previously released Judge Smails (Ted Knight) and Al Czervik (Rodney Dangerfield).

The Vinimates can be found for several different properties and there are likely to be more found for Caddyshack, too.