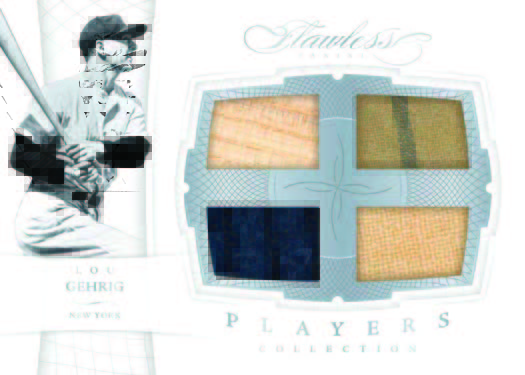 What’s buzz-worthy: Flawless comes to baseball with the elite names from the past and the biggest names of the present to go with the elite high-end price tag. 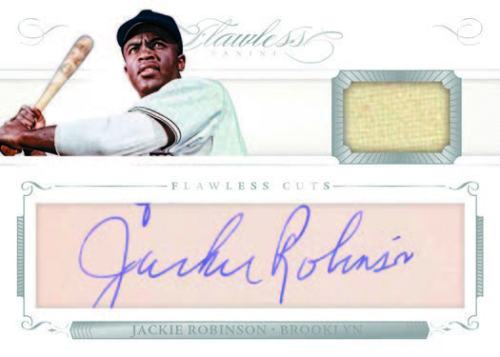 The Basics: The Flawless Gems are the base set here with all of them limited to no more than 20 copies with diamonds, emeralds, sapphires and rubies in the mix between veterans, rookies, collegiate cards and USA Baseball, too. … Panini America will work in prime memorabilia cards for Babe Ruth, Jackie Robinson, John McGraw, Lefty Gomez, Lou Gehrig, Roberto Clemente, Stan Musial and Ted Williams here along with standard memorabilia for those players and many more. Among those? Dizzy Dean, Eddie Collins, Frank Chance, Honus Wagner, Joe DiMaggio, “Shoeless” Joe Jackson, Rogers Hornsby, Tris Speaker and Ty Cobb.

There will be on-card autographs in the following sets: Greats Dual Memorabilia, Patch, Rookie Patches, Transitions, Red/White/Blue, Hall of Fame, Greats, Rookies, Flawless Signatures, Flawless Rookie Signatures and Flawless Dual Signatures. Many of these will have five parallels limited to no more than 20 copies per card. Also in the mix will be Flawless Cuts Memorabilia Prime that pair ink with memorabilia. … On the memorabilia side, the Teammates memorabilia cards will feature three players from the same squads, while Player’s Collection cards will feature four pieces from the same player. … A checklist was not released.