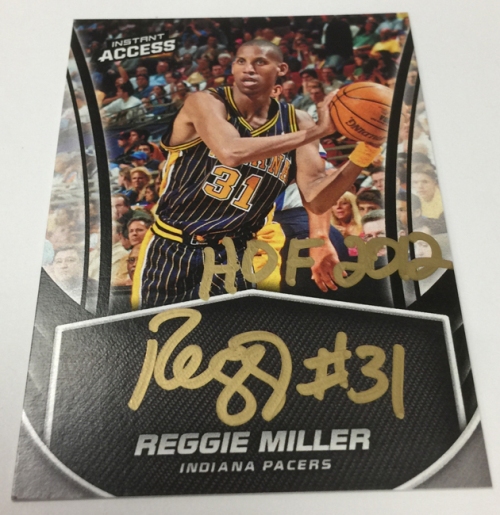 Scan through boxes of NBA cards and odds are you’ll find a Reggie Miller card or two — he’s got more than 2,000 different ones — but there’s one kind of card you probably won’t see.

That’s one with an autograph.

That will start to change soon, though, as Panini America revealed Monday that it has landed the Indiana Pacers legend and Hall of Famer to an autograph deal to produce his first certified autographs for an NBA trading card set in more than a decade. 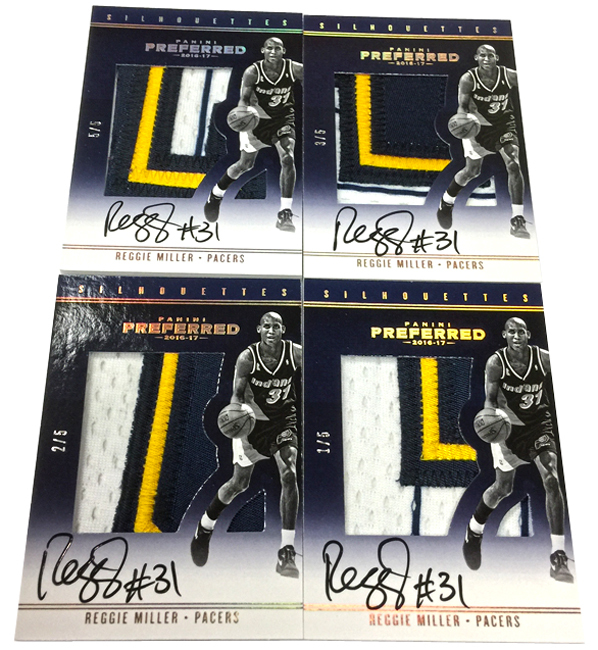 Miller has signed fewer than 150 certified autograph cards in his lifetime and nearly 40 of them came from the 2004-05 NBA season when he last signed a number of cards for Upper Deck and Fleer. His earliest ink came from just one season before that as he could be found in Exquisite Flair, SP Signature Edition, UD Glass and Ultimate Collection. Miller has appeared on collegiate cardboard in the years since with signings in 2012 and 2013 releases from Upper Deck where he’s shown as a member of the UCLA Bruins.