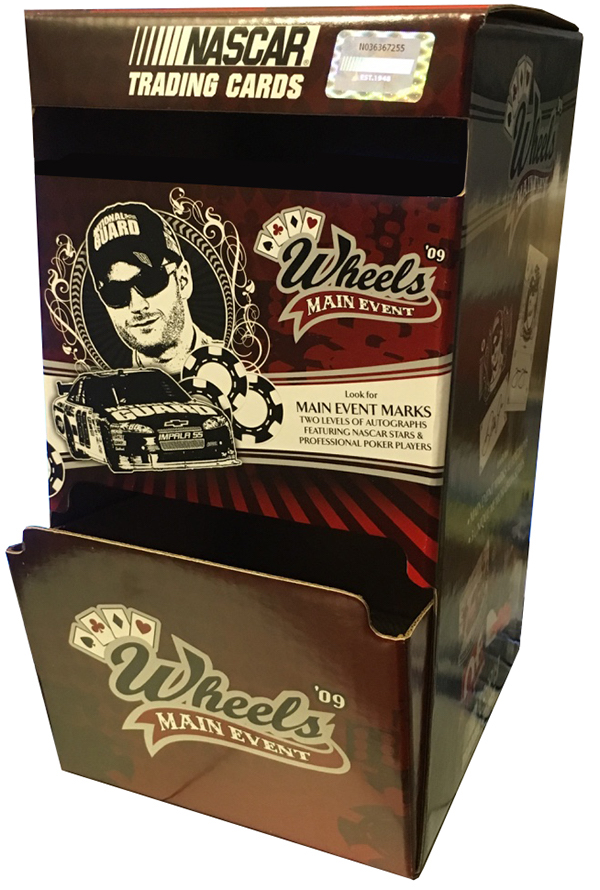 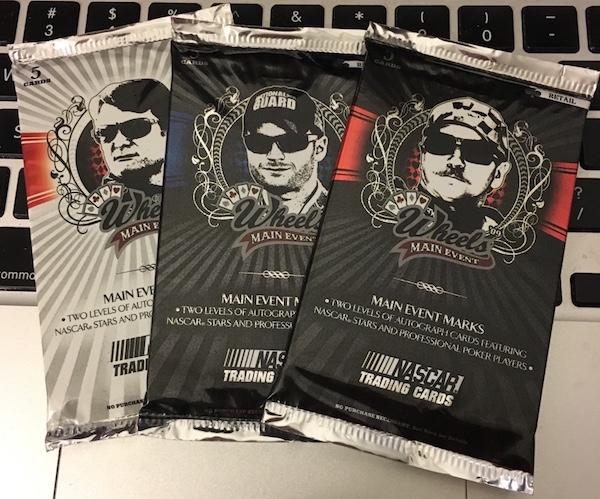 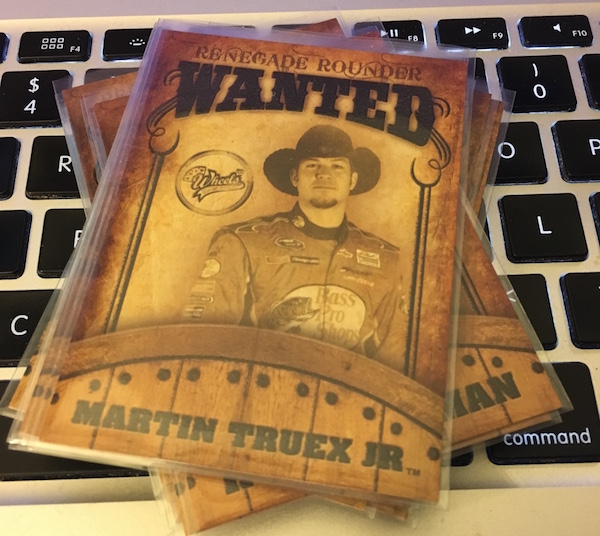 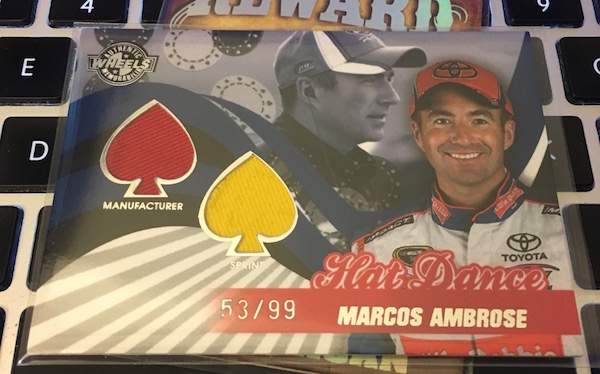 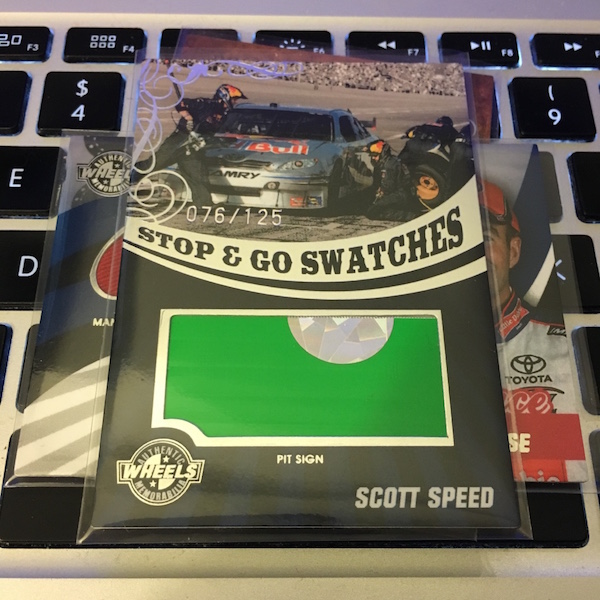 What’s Buzz-worthy: My quest for driver-used sunglasses came up short — what’s that? click here and scroll down — but this turned out to be a fun rip. These boxes come sealed like individual cases inside the case allowing for unquestioned un-tampered with results every time as part of the cardboard (and sunglasses) hunt. Meanwhile, these boxes actually over-delivered on their odds. The various autographed sets combine to be one in 96 packs (every other box), while the memorabilia sets also combine to be one in 96 packs or every other box. Each type delivered four cards (eight in all), in this six-box case. Throw on the 30 Wanted cards that have sprayed on race-used rubber and there’s a lot of hitting here. The overall theme of the product is a very non-traditional one with a base set with driver cards that somewhat emulate base cards and then seven subsets that all really feel like inserts — Poker Pros (famous poker players), Pit Bosses (crew chiefs), Double Suited (drivers with multiple rides/paint schemes), Poker Face (driver close-ups), All-in (moments), Winning Hand (teams) and Jackpot (wins). It’s a simple but very entertaining theme and it’s seen even more with the playing card inserts (blue backs in retail), a traditional-feeling insert card High Rollers with embossed poker chips in the visuals and then some basic parallels. The design touches here are as good as you’ll find anywhere in the hobby, though the base card backs are all intentionally simple to reinforce a playing card vibe. The Wanted cards are well-crafted with nice design touches, while the autographs are intentionally downplayed to also carry the feel of playing cards. The hits here are interesting — Hat Dance being various sponsor caps worn by drivers, Reward cards being pieces of driver-worn cowboy hats in the photo shoots on the cards and then specific pit-based hits that show the item from the stall on the back of the card. Hobby boxes included poker player autos as bonus hits — these apparently could, too — and that lineup includes poker icon Doyle Brunson. (That wasn’t found here nor were any of the four rookie autographs.) All in all, this one was a very surprising rip for the price — and how many boxes regularly over-deliver on hits these days?  It’s one where I’ll probably do it again at a later point just for the chase of the few hits I might find — and I really want a pair of sunglasses.

Product Grade: A
Case Grade: A
Fun Grade: A