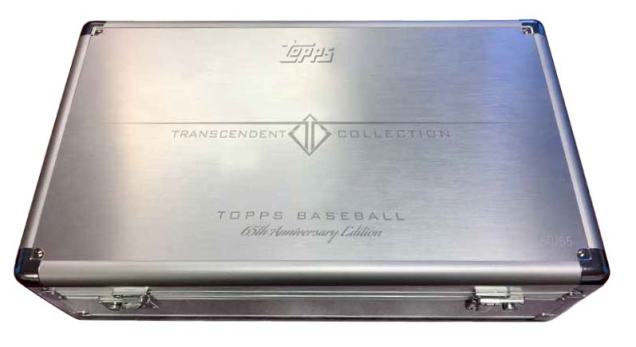 With 52 autographs in every box — as well as a posh party invitation — it doesn’t take a lot to see the dollar signs inside each $25,000 box of 2016 Topps Transcendent Collection baseball cards.

Those invites alone get a good chunk of change back (details here) and each case’s 1/1 Kris Bryant autograph using one of the 65 historic Topps designs commands some, too. Those cards have sold for as much as $2,182 on eBay (so far) and all seven sold have gone for at least $1,000.

Meanwhile, the asking or bid prices in current auctions are over the $1,000 mark in all but one instance and range as high as $7,250 for those in the historic set.

But the priciest find found inside one of those 65 silver briefcases? It’s much more impressive.

It’s a Roberto Clemente cut autograph that is the top seller so far according to eBay auction results with a sale price of $22,000. (No, really. View it here.) These cuts, which are found one per case, have some very notable names from American history (sports and beyond). Some that have been pulled have impressive asking prices like this Christy Mathewson card though not that many have actually sold yet on eBay. 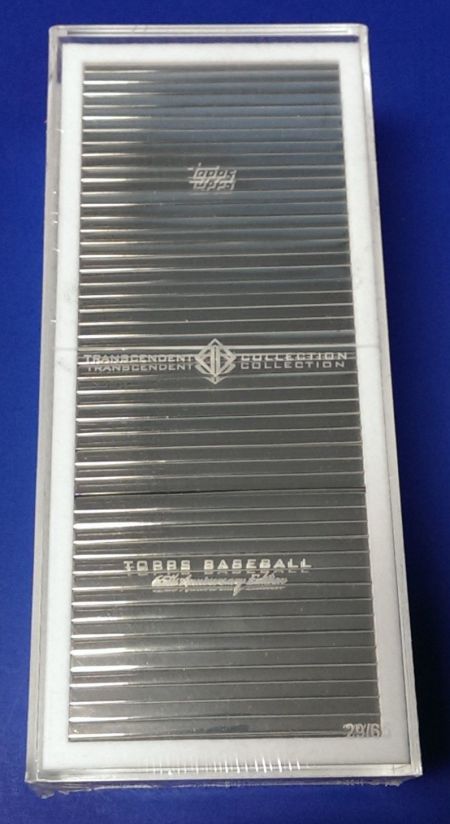 If there were only autographs inside a $25,000 box, then that would be a steep $480 or so per card, but they are not alone. The metal-framed base card sets and the other sketch card reproduction sets haven’t been shabby in terms of completed sales. A sketch reproduction set (limited to just 65 copies) has sold for as much as $4,000. Meanwhile, a standard set (also limited to 65) has sold for as much as $3,500.

But there are also original sketch cards found one per box — and those are relatively strong sellers, too. 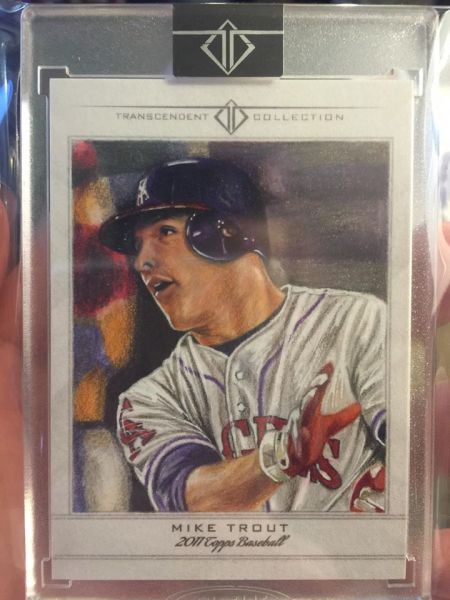 For the sketch cards, which were all done by artist Mayumi Seto, the leader in the clubhouse is a Mike Trout 2011 Topps homage that sold for $1,149 — and it wasn’t alone in fetching impressive prices. Ken Griffey Jr., Jackie Robinson, Roger Maris, Jackie Robinson, Rod Carew, Nolan Ryan and Chipper Jones have all sold for at least $661, according to completed auctions. Among active auctions, there are sketches ranging from $229.50 to $3,999.99.

For the standard autographs, the top-selling card so far is this 1/1 Mike Piazza that went for $2,501. Others topping the $1,000 mark for completed sales have included Derek Jeter, Barry Bonds and Vin Scully for some of their cards. Active auctions are all over the place from this product but one could argue that because these cards are relatively available (at least for now) and that there are some potential long-term bargains to be had on eBay — especially since there are no more than 52 copies of any particular card made.

What’s also compelling is to ponder which cut autos have not yet been seen since it’s a checklist that includes Connie Mack, Cy Young, Babe Ruth, Tupac Shakur, Jerry Garcia, Joe DiMaggio, Pete Maravich, Johnny Cash, Jesse Owens, Tris Speaker, Audrey Hepburn, Vince Lombardi, Mel Ott, Neil Armstrong, Sadaharu Oh, Lou Gehrig, Satchel Paige, Roger Maris and Honus Wagner among others. Over in the Blowout Forum right here, there’s a tracker showing which ones have been pulled and made public (those in red) and which ones have not yet surfaced. Two of the biggest ones for MLB players — Ruth and Young — have not yet been found with roughly half of the cases in the print run noted as being opened.